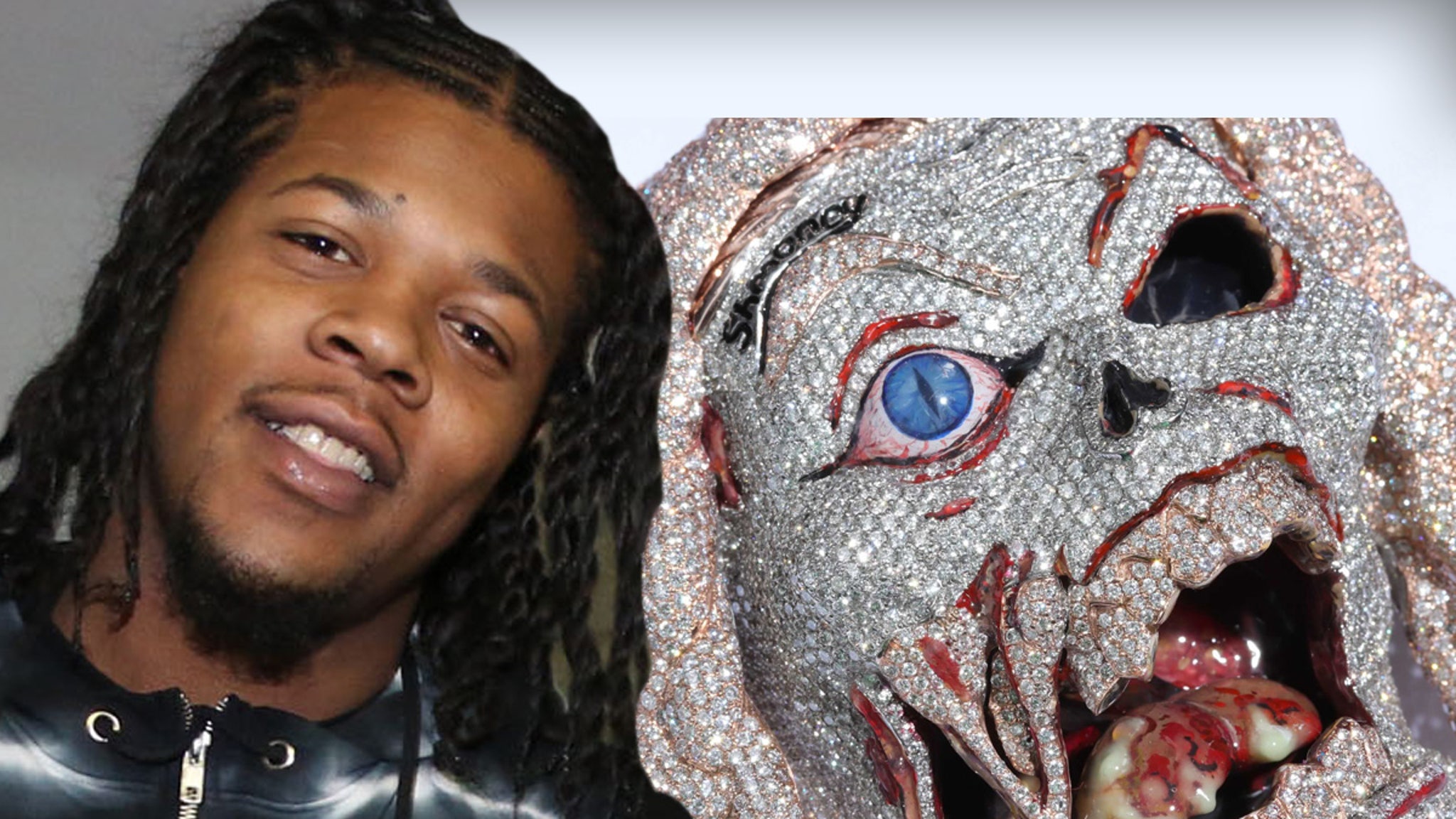 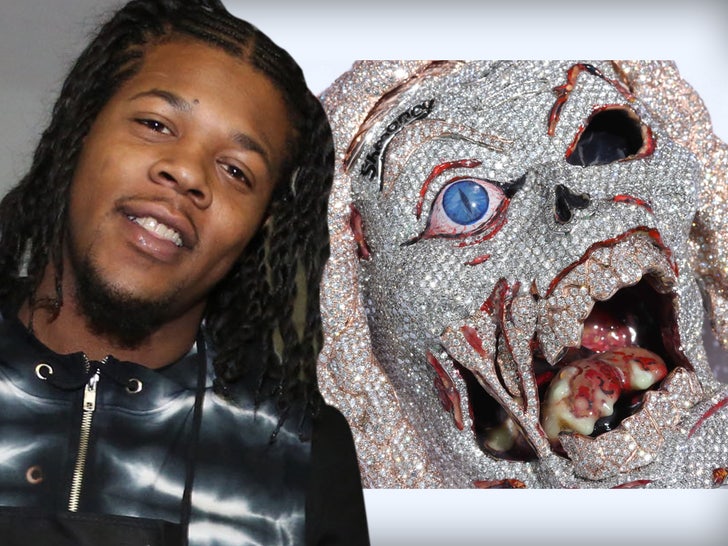 Rowdy Rebel‘s glowing since his release from prison, and we’re not just talking bout his mood — the diamonds hanging around his neck glow in the dark!!!

The Brooklyn rapper — one of Bobby Shmurda‘s homies — was released from prison last week and, as a gift to himself, purchased this INSANE diamond-encrusted demon chain … which was ready and waiting fro him moments after getting out.

The demon diamond is the work of none other than NYC’s authority on bling … Eric the Jeweler. The shiny pendant features 50 carats of diamonds and 400 grams of gold … making this extra shiny gift worth a cool $100k. 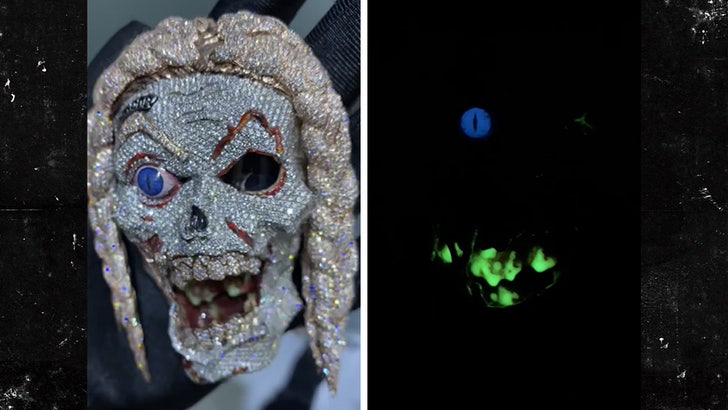 You can see when the lights go out … the chain still commands all the attention thanks to an eye that glows blue in the dark and the inside of the demon’s mouth glowing green. Gnarly.

Rowdy was cooking this up while he was on the inside … we’re told he and ETJ talked a lot over the phone, and decided he’d need a sick new pendant to to celebrate his release. The demon was initially sketched by Rowdy. 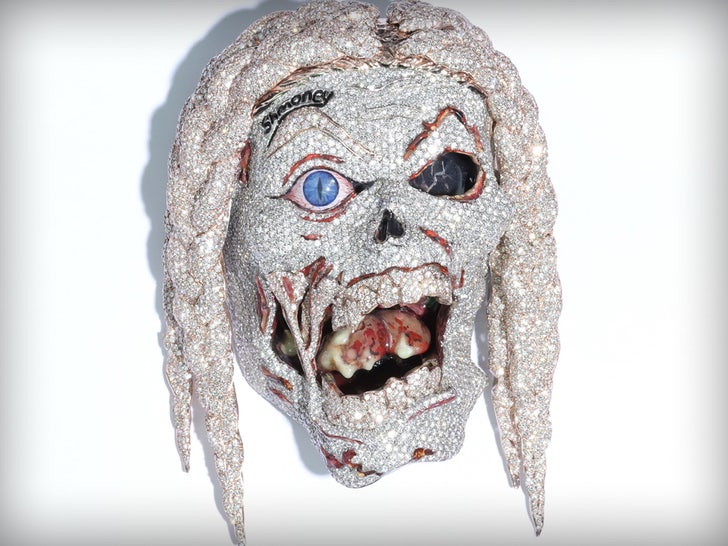 The rapper was recently seen shining like crazy while wearing the chain in NYC outside the Goose Country Jacket Store. And, with COVID being COVID … he took no chances and masked up his demon.

He was joking. We think. 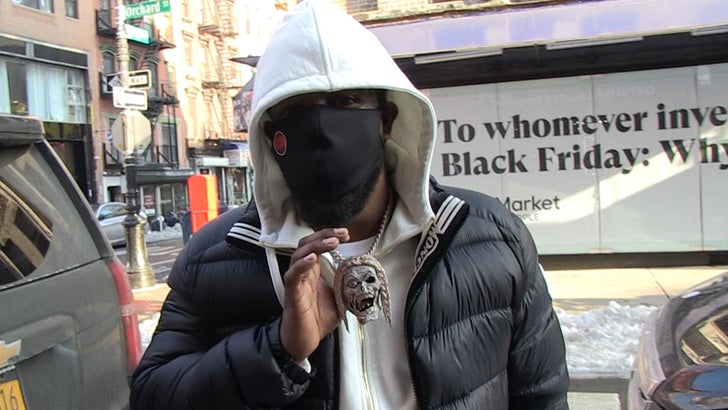 Rowdy — along with Shmurda — was arrested in 2014. They copped a plea deal to conspiracy to possess weapons and possession of a weapon. Rowdy got 6 to 7 years in prison and served almost 4 years before getting out on parole.

As we first reported … Shmurda wasn’t as lucky as Rowdy. His parole bid was denied back in September, and will remain behind bars until 2021.