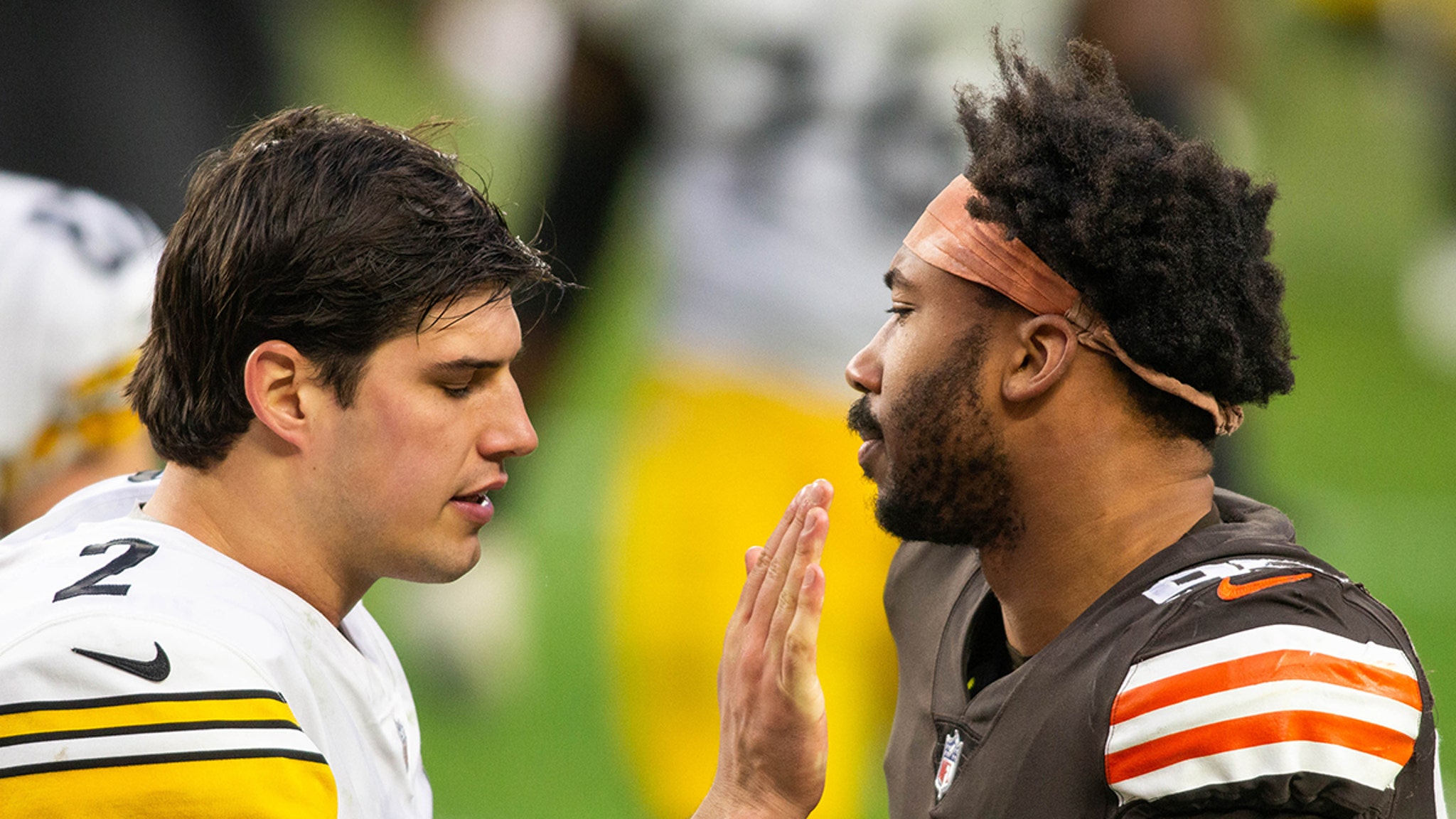 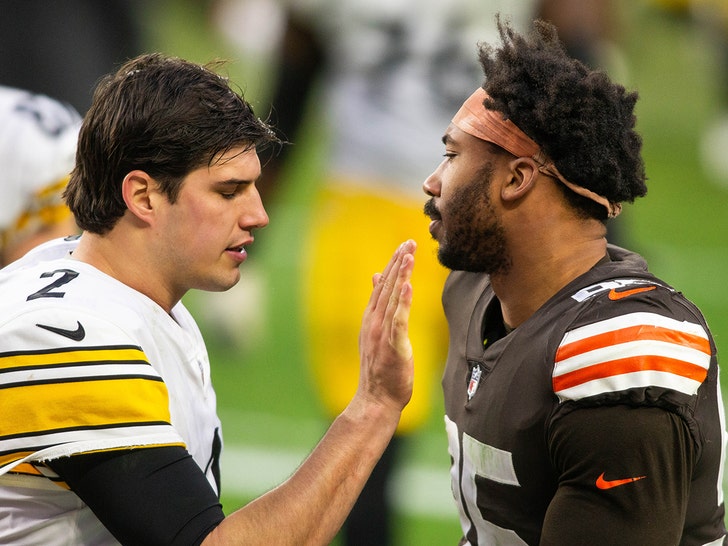 Myles Garrett and Mason Rudolph shared a handshake and exchanged pleasantries in a post-game moment Sunday — something no one expected to happen roughly 13 months after the infamous helmet attack incident!

Remember, it was in Nov. 2019 that Garrett swung a helmet at Rudolph’s head during a nationally televised Browns vs. Steelers game — with some calling for the Browns star to be criminally prosecuted.

The situation got super nasty between the NFL players — Garrett claimed Rudolph had used the n-word on the field, something Rudolph had vehemently denied. Ultimately, Myles was hit with a 6-game suspension that ended his 2019 season.

The two teams clashed again on Sunday night — with Rudolph filling in at QB for Ben Roethlisberger … and the big question, is there still bad blood???

No helmet swinging this time around as the Browns beat the Steelers — but after the game, cameras caught Myles and Mason dapping each other up.

“Myles came over and said, ‘good game,’ postgame and that’s all it was,” Rudolph said. “I told him ‘good luck’ and that I had a lot of respect for him.”

Added Garrett, “I just told him good game — he played a hell of a game — and we’ll see you all in a week,” Garrett said. “He played tough. He had 300 yards and a couple of touchdowns. He played very well, and he kept them in it to the very end.” 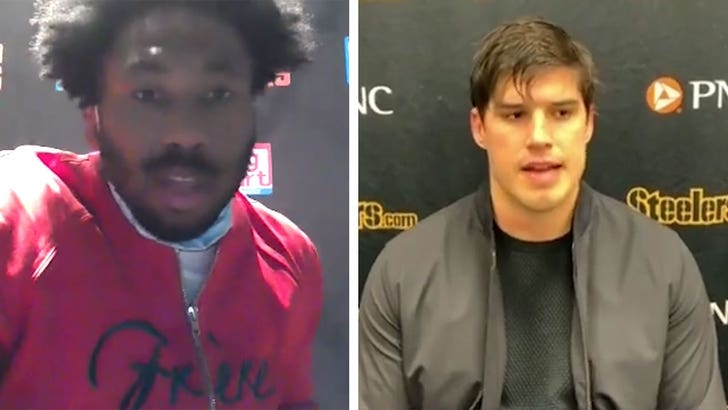 “Had to show a little praise that he did well in this game and he was able to make some big plays for them.”

So, friends? Not exactly … but the situation is 1000000 times better than it was last year.

And, get this … Myles and Mason will have a chance to continue their chat on Sunday when the Browns face the Steelers AGAIN in the AFC Wild Card game.

Beers after the game?