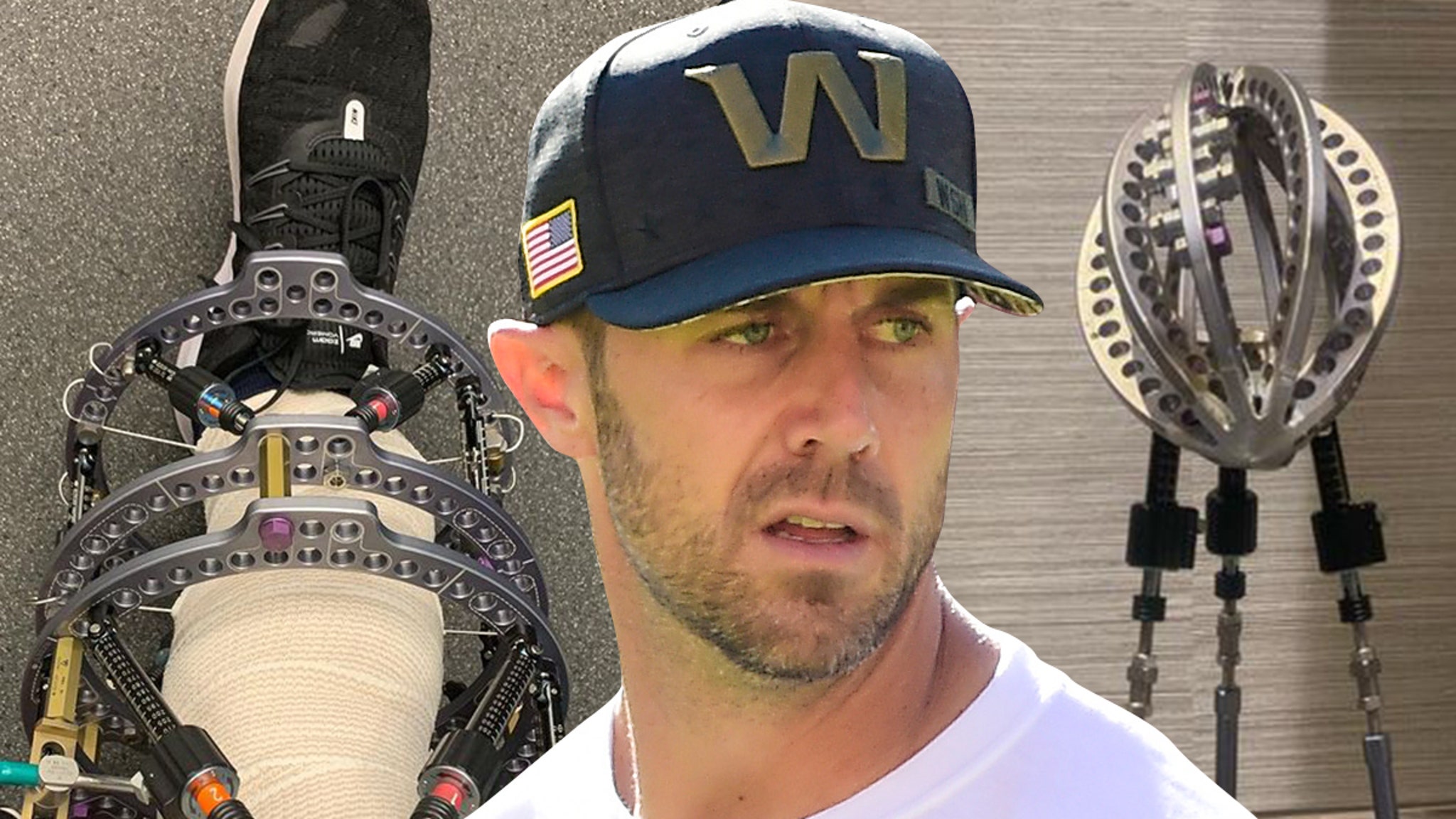 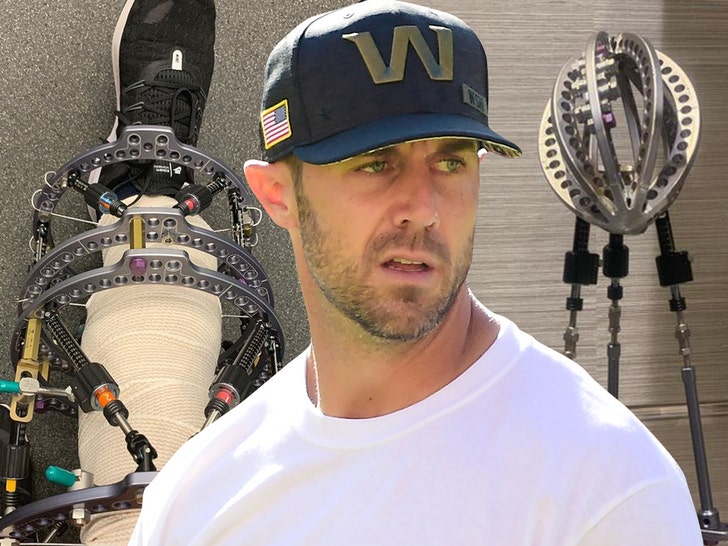 Very cool and inspirational move from NFL star Alex Smith … the QB transformed his leg-saving brace into a trophy — and the piece came out AWESOME.

Smith’s wife, Liz, revealed the artwork before the signal-caller and the Washington Football Team locked up the NFC East title Sunday night … saying, “No matter the outcome, Alex has already won.”

Liz added praise the welder who fabricated the piece … writing, “Special thanks to @coldhardart for transforming a symbol of hard times to a trophy of triumph we can proudly put on our shelves.”

Of course, you’ll recall … Smith needed the brace for several months after he broke both his fibula and tibia during a violent hit from J.J. Watt in a November 2018 game.

Alex nearly lost the leg while trying to recover … ultimately requiring 17 surgeries to fix the break and the ensuing infection it caused.

The 36-year-old, though, has miraculously shown no signs of deteriorated play in his return this season … and it seems staring at the twisted metal that used to be affixed to his leg has helped in all of that.

The piece is clearly inspired by the Lombardi Trophy — which is awarded each year to the winner of the Super Bowl.

For the artist’s part, Cold Hard Art wrote of transforming the brace, “Might be one of the most unique projects to be part of turning a leg stabilizer into a symbols of strength and determination.”