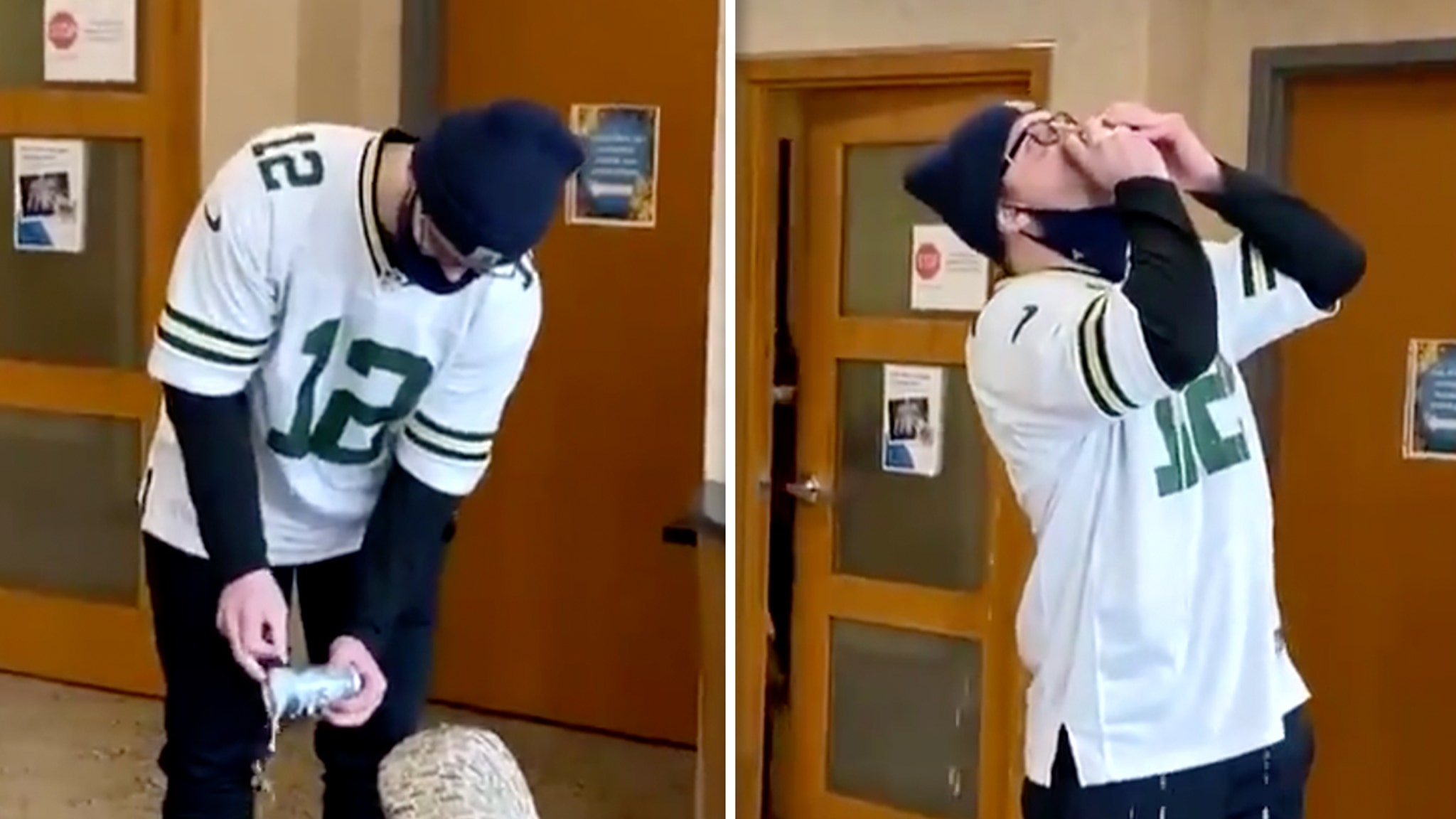 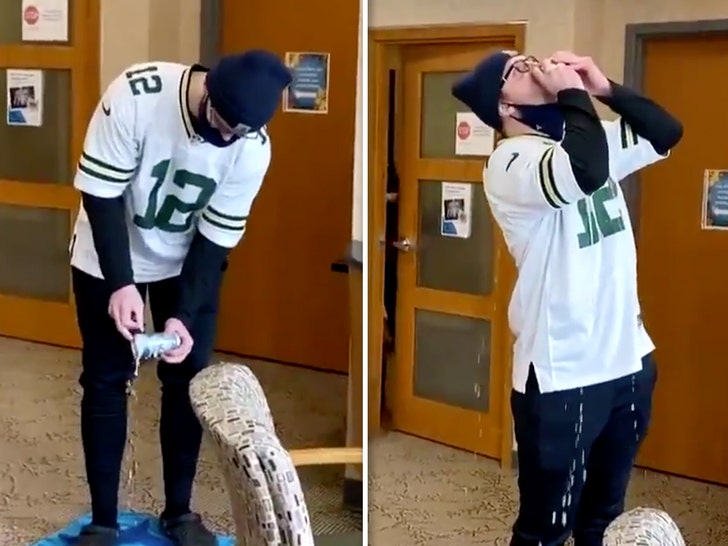 State of the nation got ya down? Here’s a video that’ll help pick you back up …

A Green Bay Packers fan finished his last round of cancer treatments … and to celebrate, he rang a ceremonial bell — AND THEN SHOTGUNNED A BEER!!!

The amazing footage was posted on Twitter on Wednesday … showing a guy in an Aaron Rodgers jersey attacking a Busch Light like a true champ after achieving the incredible feat!

“Ever shotgun a beer in a hospital?” Twitter user @blomdotcomm captioned the video. “Done with chemo. Done with cancer!”

He later added, “Had to celebrate the milestone in an epic fashion.”

The clip was so awesome, it caught the attention of former NFL punter Pat McAfee — who wrote of the vid, “Feel like the world needs some feel good right now… this feels good. Congrats BOSS.”