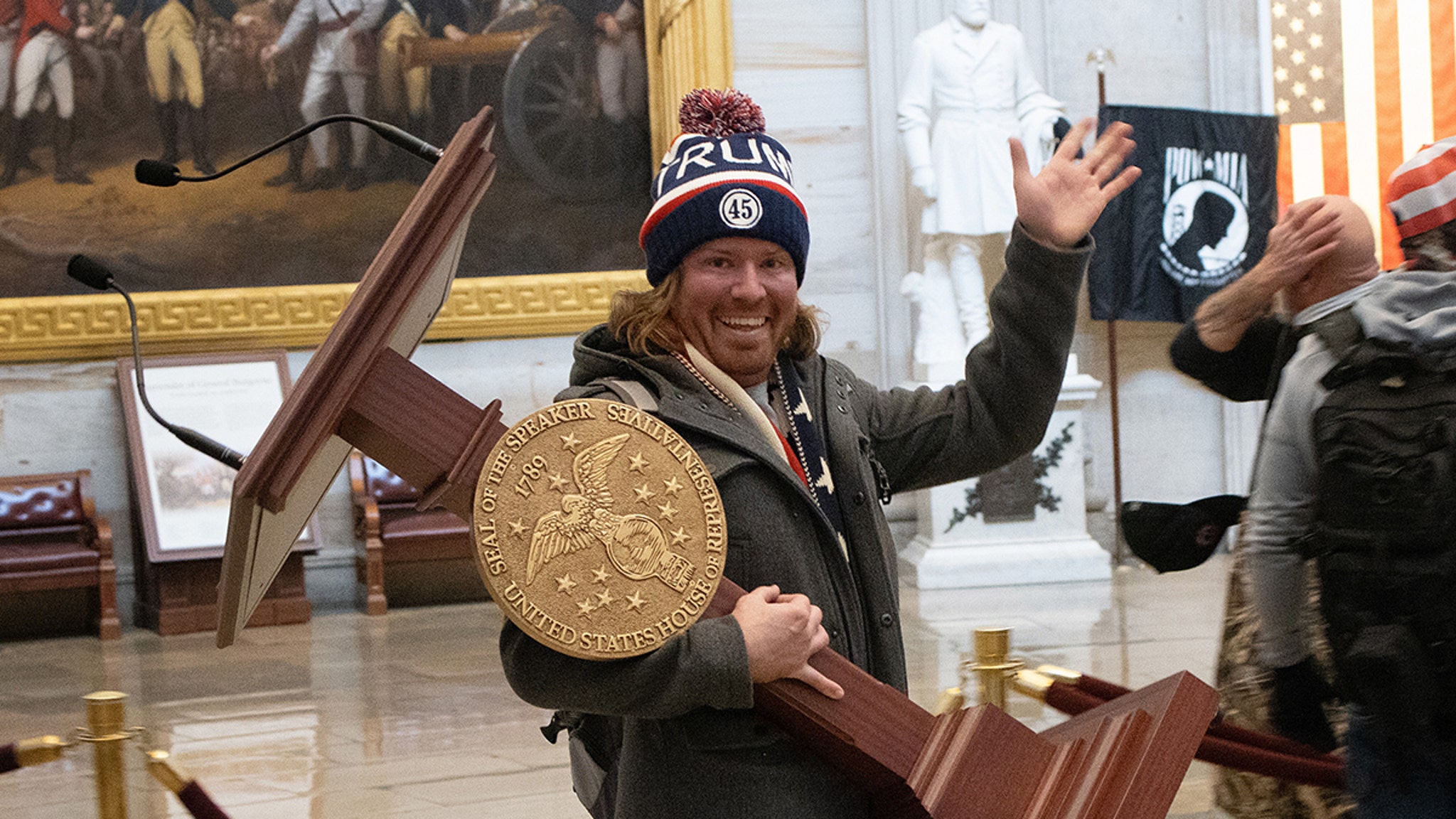 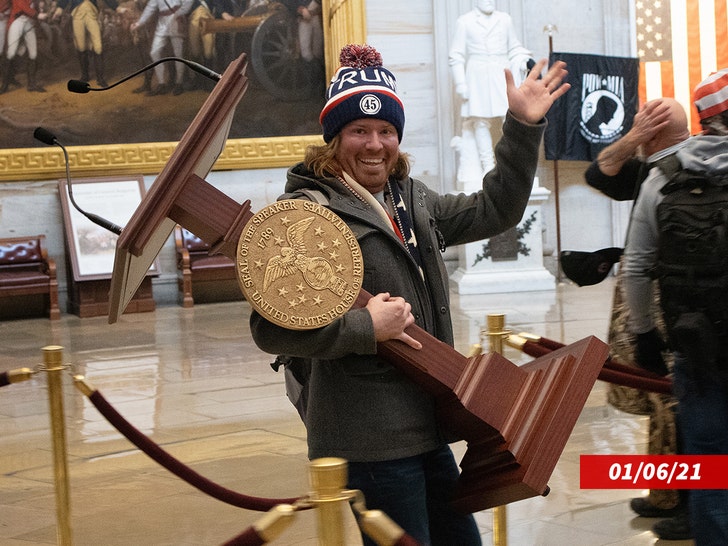 The man who mugged for the camera while gleefully carrying House Speaker Nancy Pelosi‘s lectern has been arrested.

Adam Johnson was picked up Friday night on a federal warrant in Florida, where he lives. The images of the 36-year-old were plastered online and on TV during and after the insurrection, so it wasn’t particularly hard to find him.

Johnson reportedly has a wife and 5 kids and is a stay-at-home dad.

BTW … the lectern and gavel that were initially reported stolen were found … neither object was damaged. As you know, there was extensive damage inside the Capitol. Pelosi’s laptop was stolen after her offices were stormed by the rioters.

There’s a nationwide sweep to round up and arrest those who participated in the attempted coup. As we reported, among the investigations … the FBI believes this could have been an inside job where people who work in the building provided a roadmap for the rioters. The FBI is looking at Capitol police and other building staff.