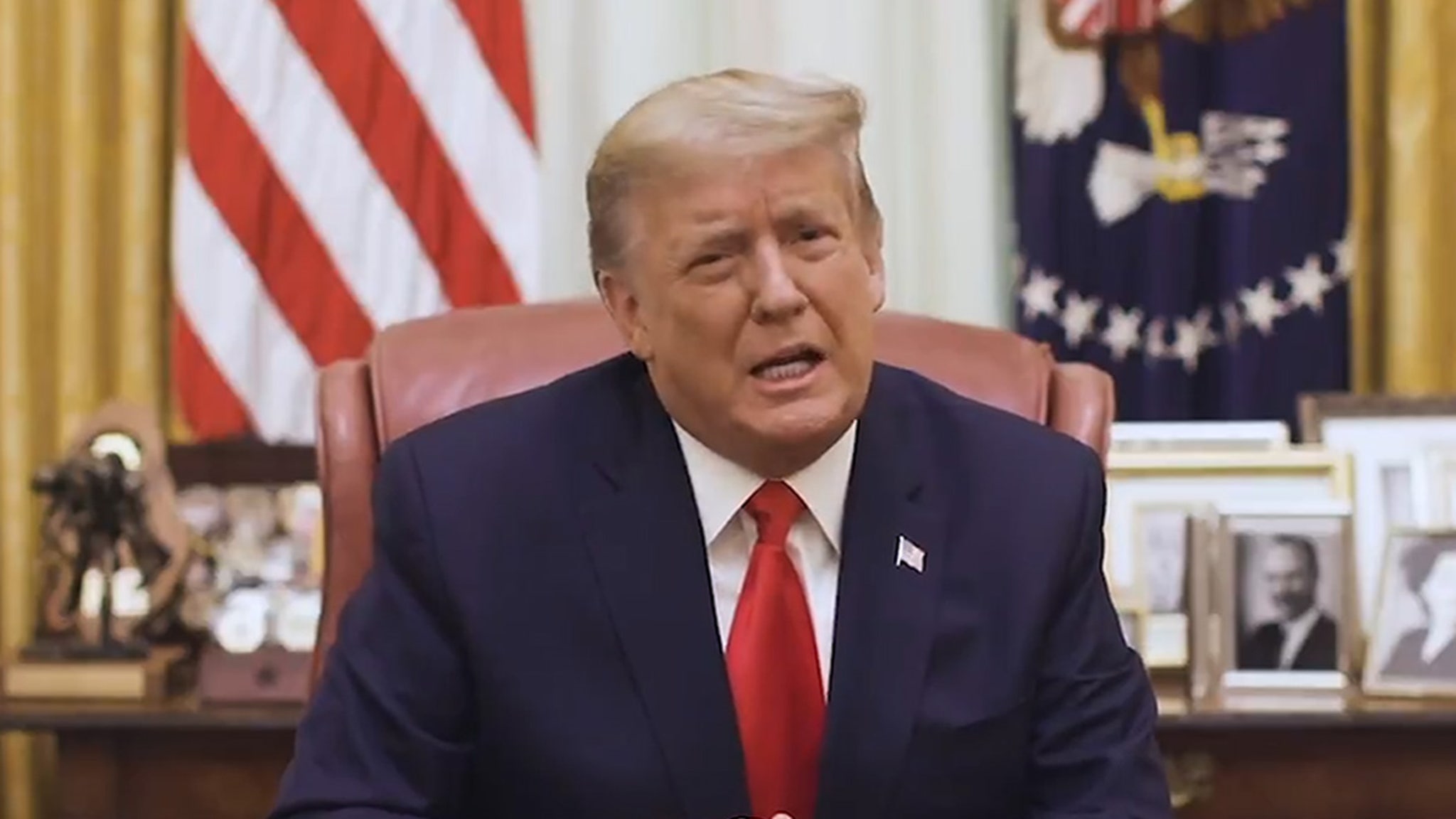 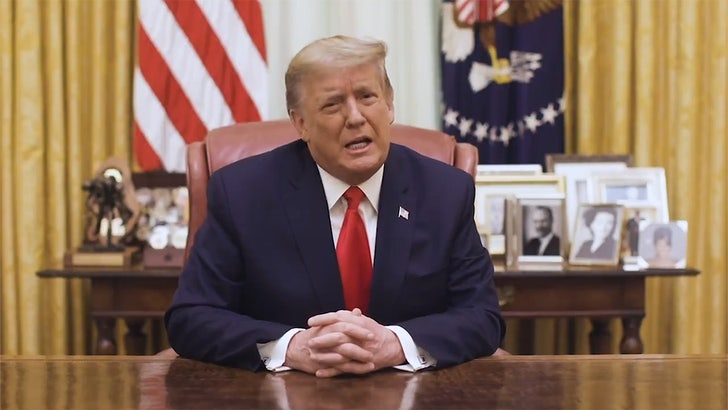 What a difference a week makes … President Trump is now very clearly asking his supporters to call off any violent plots around next week’s inauguration.

His dramatic change of tune came hours after the House of Representatives voted to impeach him — for a historic 2nd time — for inciting the Capitol insurrection. Trump said, “I unequivocally condemn the violence that we saw last week. Violence and vandalism have absolutely no place in our country and no place in our movement.”

Of course, just one week ago he told his assembled followers in Washington D.C. to show strength to take back the country, and then directed them to march to the Capitol where Congress was voting to verify Joe Biden‘s Presidential victory.

In his new message, Trump referenced FBI intelligence about plans for violent protests in all 50 states on and before Inauguration Day. He said the National Guard and law enforcement will ensure the transition to Biden will happen “safely and without incident.”

Trump also griped about censorship, a reference to his ban from multiple digital platforms like Twitter. He never mentioned his impeachment, but it certainly seems he’s going overboard to distance himself from the Capitol violence.

He’d already released a written statement earlier in the day condemning the riots, and this was his 2nd video message doing the same.

One part of the video that might be hard to swallow was his claim that … “Like all of you, I was shocked and deeply saddened at the calamity at the Capitol last week.”

More than 220 members of Congress obviously don’t believe he could genuinely be shocked about violence he incited.