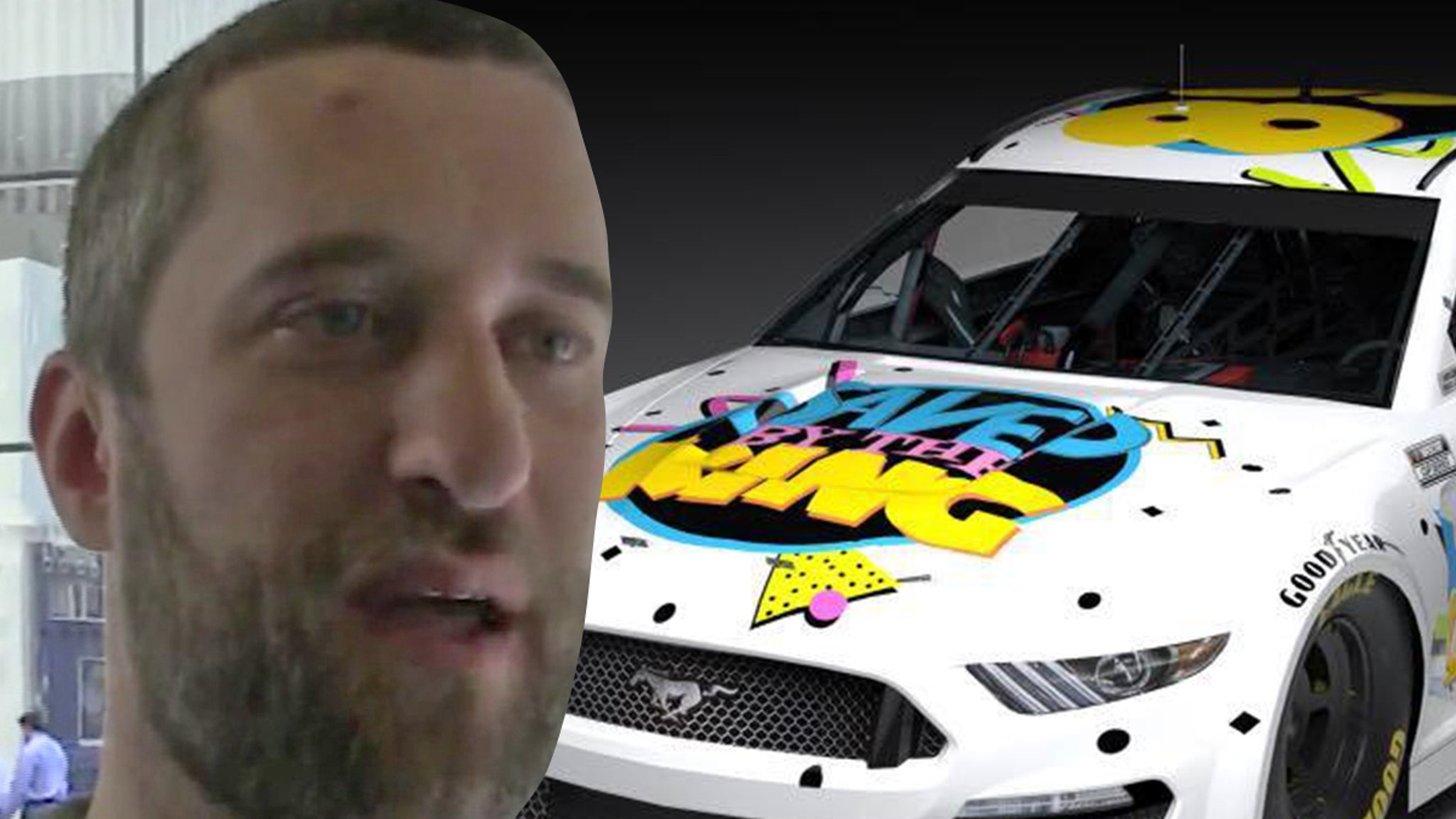 Dustin Diamond‘s got some pretty cool friends … ’cause when one of them wanted to wish him well in his recovery from cancer the friend said screw Hallmark … opting instead to plaster the message on NASCAR driver Josh Bilicki‘s car.

Dan Block, the president of Insurance King, is honoring his close friend and the “Saved by the Bell” star by giving Bilicki’s car a new wrap that’ll pay homage to the classic TV show while wishing Dustin get well soon. 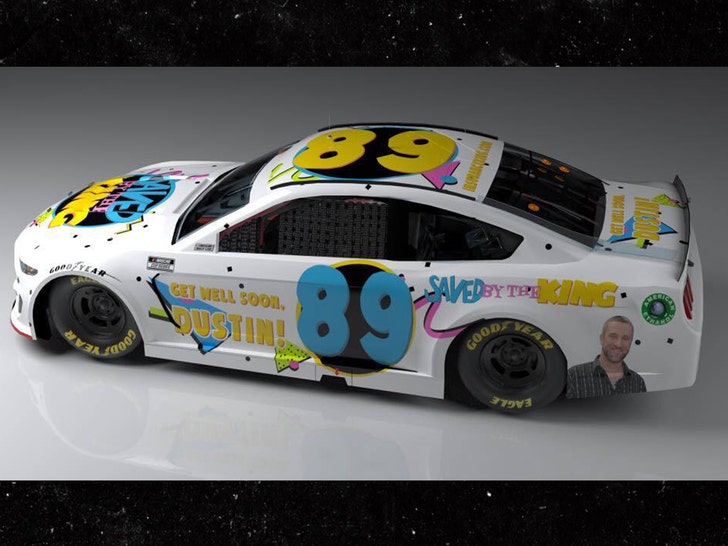 We’re told the car hasn’t been wrapped yet, but TMZ’s obtained a rendering of what the stock car will look like when it’s done … and you see the show’s font and logo. The rear bumper also displays Dustin’s mug … with the words “Saved by the King” plastered on the hood. In case you didn’t know … Dustin stars in several Insurance King commercials.

In one of the commercials, Dustin speeds past a cop who pulls him over and writes him a ticket. When the cop asks how he can afford car insurance with so many speeding tickets, Screech Powers hits ’em with “C’mon. I’m saved by the king.” Boom.

Block tells us the car will debut in time for the NASCAR Cup Series later this year.

As we reported … Dustin’s suspicion became a cruel reality when he found out he had stage 4 cancer. He’s currently getting his first round of chemotherapy. The diagnosis came after he first discovered a lump on his throat.

BTW, it’s not the first time Bilicki’s car has gotten a new wrap to pay tribute. Back in October, the car was turned into a replica of a police cruiser … and they did a pretty damn good job.