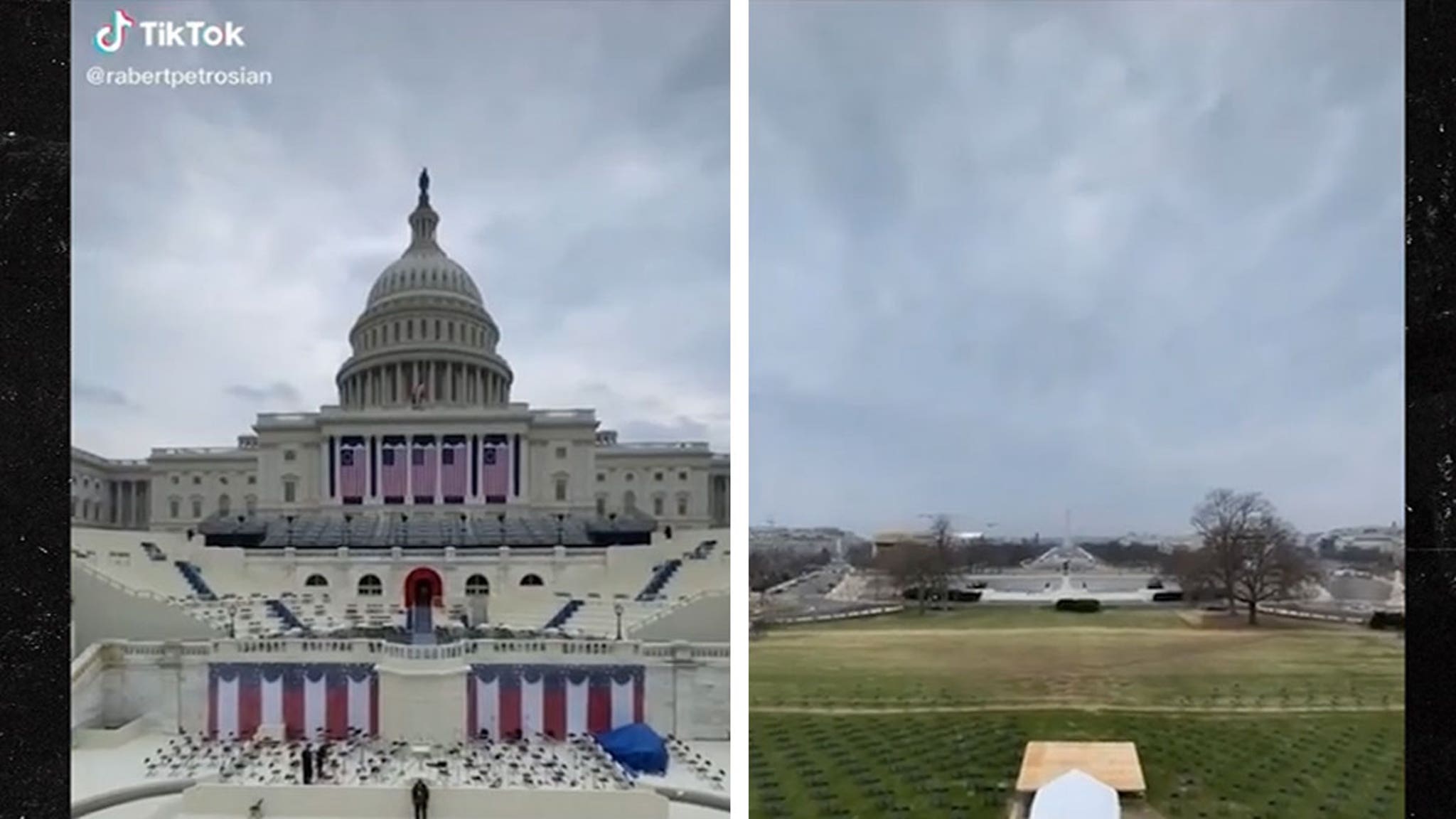 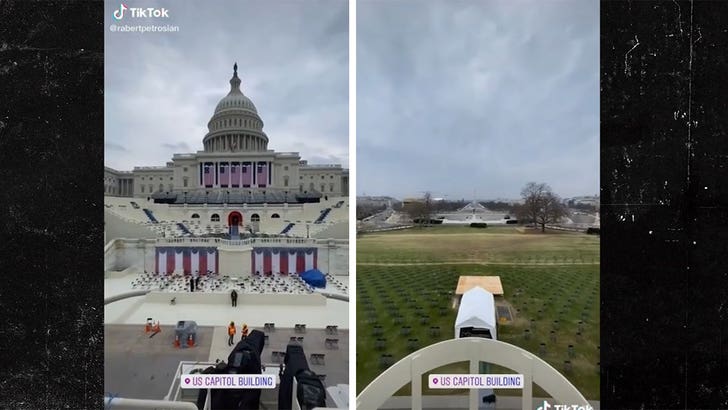 Joe Biden‘s inauguration will still have some semblance of normalcy when he’s taking his oath of office, because there’s going to be a crowd out there watching him … whose seating arrangement is now becoming crystal clear.

Construction for the inauguration stage — as well as for the surrounding viewing area, as it were — at the Capitol is in full swing, and on Sunday … somebody captured a full front-to-back shot of what the layout is looking like thus far, just three days before Jan. 20. 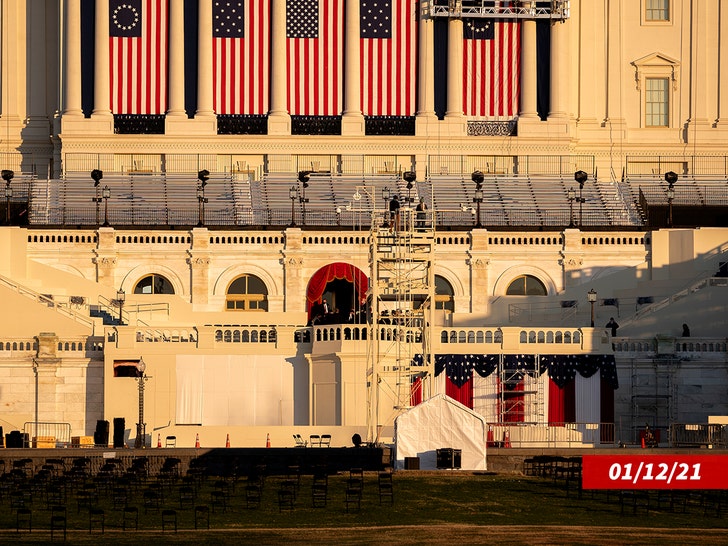 As you can see, there will be butts in those chairs watching JB and Kamala Harris be sworn in … which are spaced out for social distancing. They only go back so far, taking up just the first patch of grass on the west side of the Capitol. It’s unclear if they’re planning to set more before Wednesday, but probably not. It’s gonna be relatively small crowd.

The Joint Congressional Committee on Inaugural Ceremonies laid out the ground rules in December, saying only members of the 117th Congress were allowed to attend and watch in-person … plus one guest for each member. All in all, that accounts for about 1,000 people. 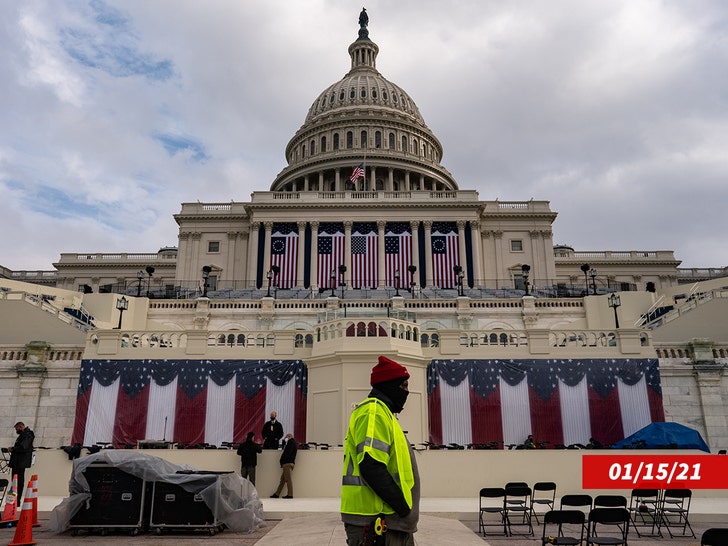 As you might’ve heard, the National Mall and surrounding roads/bridges throughout D.C. have been closed ahead of the ceremony … so you’re not likely to see any normies out there trying to watch the festivities. That closure, of course, is because of the Capitol riot … law enforcement’s running a tight ship, so gatherings of any sort probably won’t fly.

The way things currently stand, it looks like just members of Congress and other invited guests of Biden and Harris will be there in the flesh to witness the inauguration. The rest of it, including the traditional parade through the streets, will be broadcast virtually. 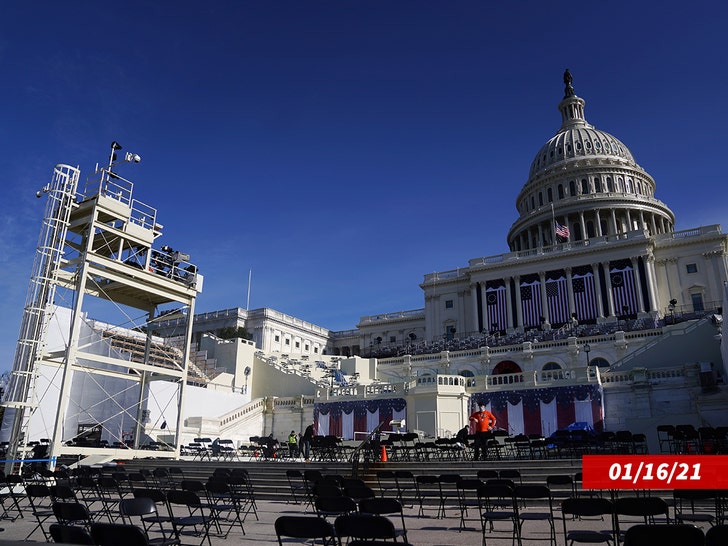 Lady Gaga and Jennifer Lopez are also set to perform that day, and it appears they’ll also be there in person to put on a show.

The decision to let any of this go on in-person in any capacity is interesting … showing that democratic traditions don’t die, even in a pandemic. Seems like it’ll be safe enough though.