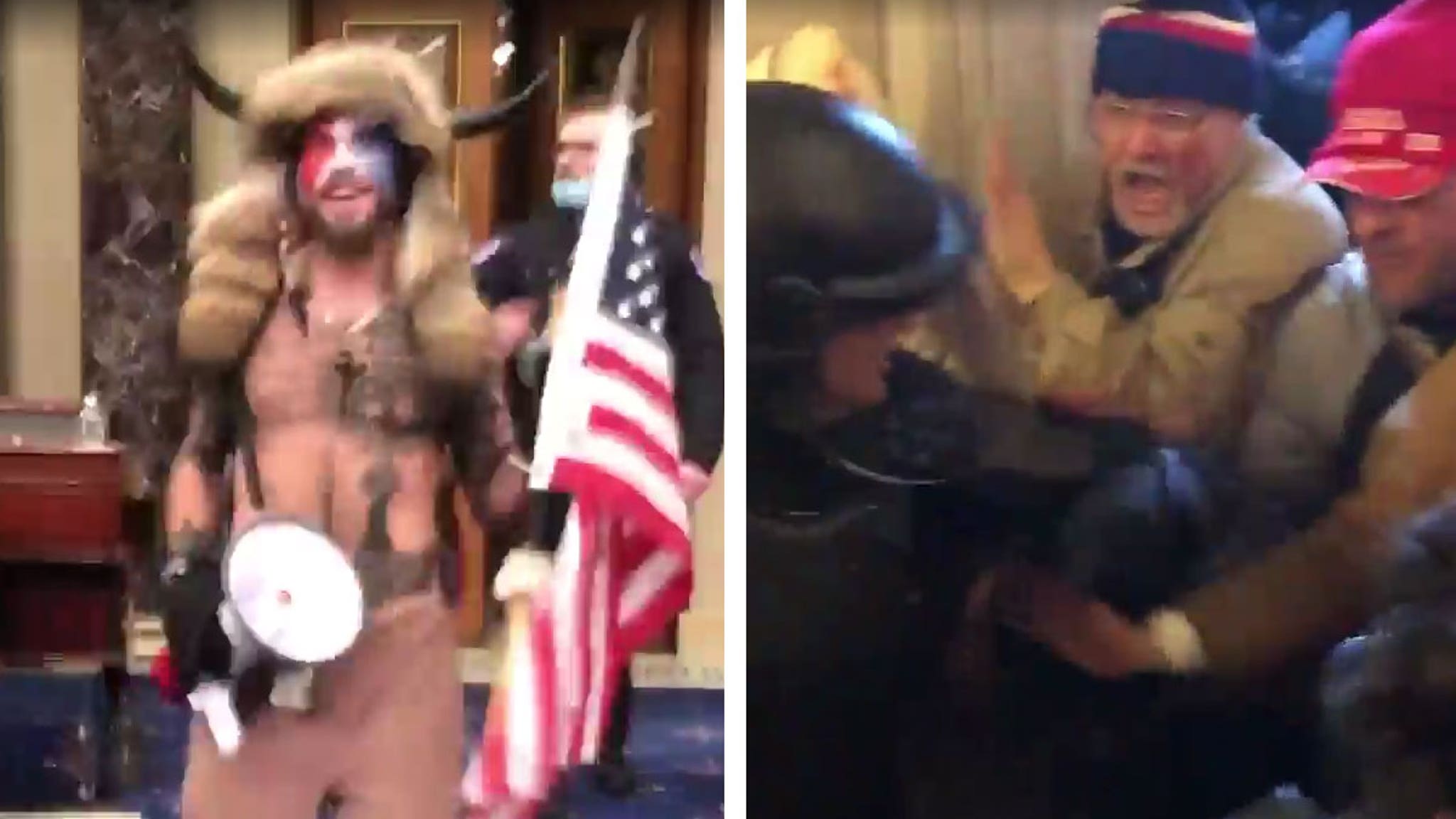 Video has just surfaced — the most dramatic and upsetting by far — showing the Capitol insurrectionists storming the building as they told cops, “There’s a f***ing million of us out there. We are listening to Trump, your boss.”

And as they enter the Senate Chamber you hear someone say, “While we’re here we must as well set up a government.”

The video was shot by New Yorker war correspondent Luke Mogelson, who was covering the “Stop the Steal” rally.

The video is unlike all the others, in that you really see how determined the rioters were to invade the Capitol … pretty clearly determined to do great harm. As they breach the Chamber, you hear someone say in frustration, “Where the f*** is Nancy.” Someone else screams, “Where the f** are they?”

The group at times tries to compliment the cops and other times they attack, screaming, “F*** you police” and “f*** the blue” as they enter the building.

It’s clear all members of Congress were at grave risk. You hear someone scream, “Start making a list, put all those names down and start hunting them down one by one.” And then someone screams, “Traitors get the guillotine.”

Jake Angeli, the “Q Shaman,” is anything but chill, as he sits in Pence’s chair and screams, “Mike Pence is a f***ing traitor.” Angeli tries to act like the leader, chanting, praying, and screaming obscenities. Then he has someone take a photo of him at Pence’s desk.

As they peruse Ted Cruz’s notebook, someone says, “I think Cruz would want us to do this.”

Like we said … the most dramatic and upsetting video so far.