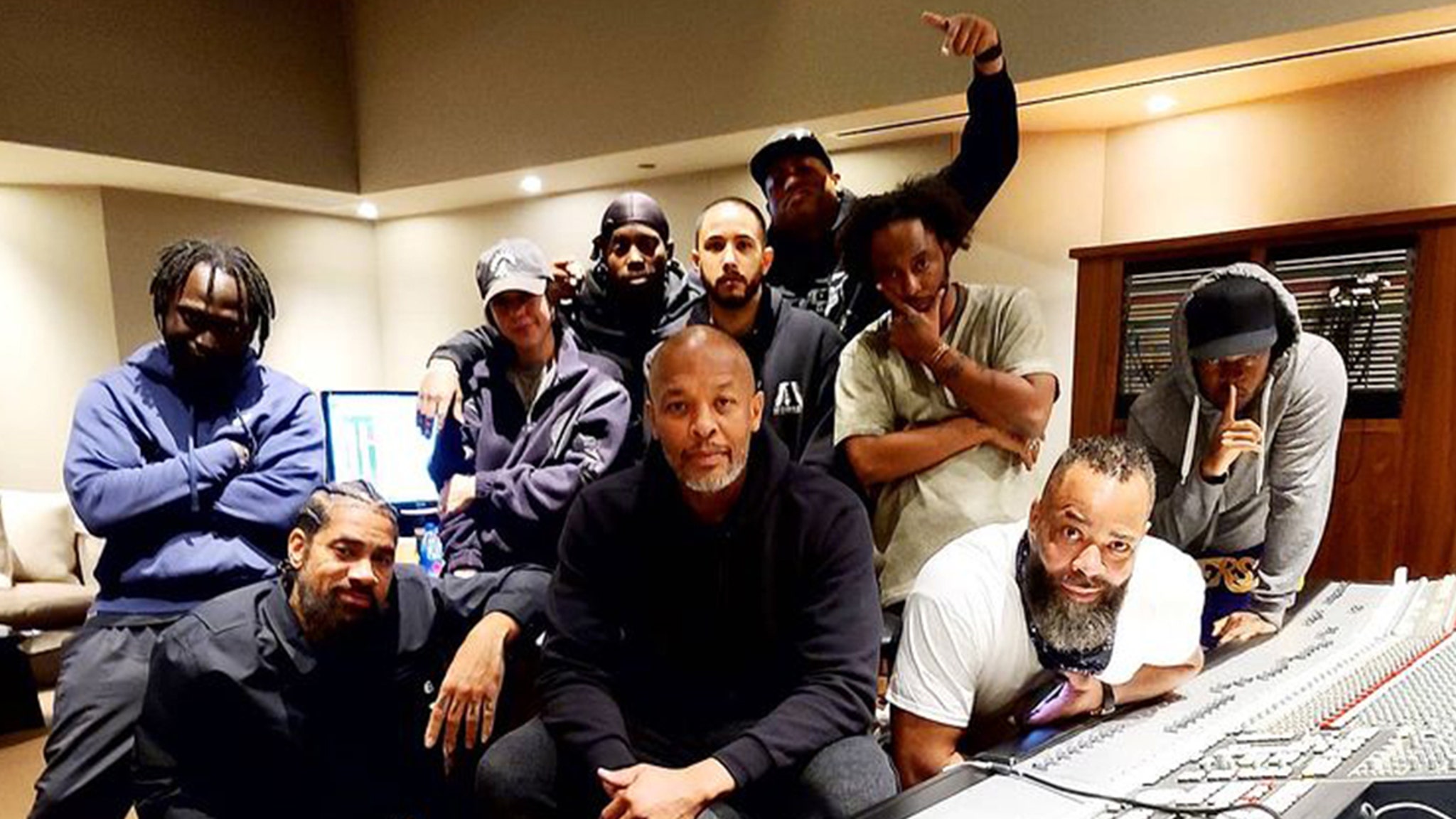 Dr. Dre is back home, and back to doing what he does best in the wake of being released from the hospital … making music, and looking healthy doing it.

Five-time Grammy-winning producer Focus posted a photo Saturday of him, Dre and a bunch of other creatives hanging out in what appears to be a recording studio. Dre is front and center, giving a slight smirk, and everyone around him seems to be in high spirits too.

Focus writes, “𝗠𝘆 𝗕𝗶𝗴 𝗕𝗿𝗼 𝗶𝘀 𝗦𝘂𝗽𝗲𝗿 𝗚𝗼𝗼𝗱!!! We Working… I TOOK THE PIC SO IM HERE!!!” That seems to confirm what we’ve been hearing about Dre’s condition — that he’s recovering nicely, and seems to be out of the woods as far as immediate danger.

Update: Just FaceTimed with @drdre He just made it home. Safe and looking good. 🙏👊🏽

Ice-T said as much himself, taking to Twitter on Friday to let his followers know he’d Facetimed with Dre, and that the guy was back home, “safe” and “looking good.”

As we reported, Dre was released Friday … this after nearly a week in ICU. Doctors had kept him there out of an abundance of caution following his brain aneurysm, in case he suffered another health scare that required immediate medical attention.

Still, we were told Dre’s family had been told he didn’t appear to be in mortal danger for the time being, and this photo confirms that. He is, however, receiving round-the-clock care from health professionals while he continues to get up to speed at home.  And doctors are still trying to figure out what caused the aneurysm.