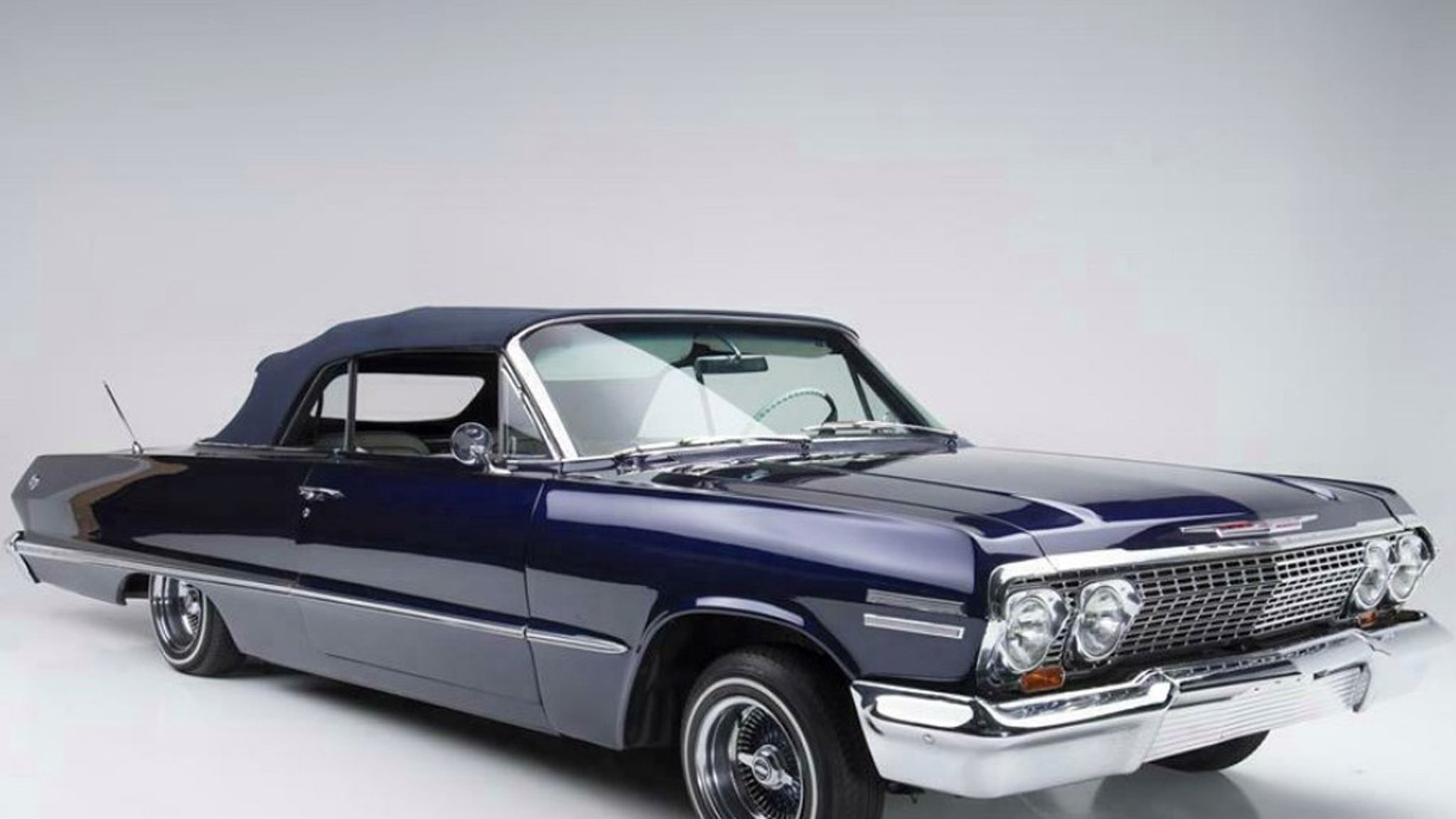 The tricked out 1963 Chevy Impala once owned by Kobe Bryant is hitting the auction block — and we’re told it’s expected to sell in the $250,000 range!

The car has a pretty famous and well-documented history. Kobe’s wife Vanessa went to West Coast Customs (the “Pimp My Ride” people) back in 2006 and had them customize something special for Mamba … so she could gift it to Kobe on Christmas morning.

The final product was pretty amazing — the guys at WCC rebuilt the engine, installed hydraulics, gave it a custom paint job. There was also some major work done on the sound system.

And check this out … the interior got some major work as well, as described by the Barrett-Jackson auction house.

“The interior was beautifully re-worked, with all new white leather upholstery studded with genuine Swarovsky crystals and offset by royal blue piping and carpets.”

Now, the car is changing hands once again — with the folks at Goldin Auctions running the sale. The auction is live and there’s already a $100,000 bid — but Ken Goldin tells us he expects the car to sell in the neighborhood of $250k.

The seller’s identity has not been revealed. All we know is the vehicle is located in Indiana and the winning bidder is responsible for picking the car up after the sale ends next Saturday.