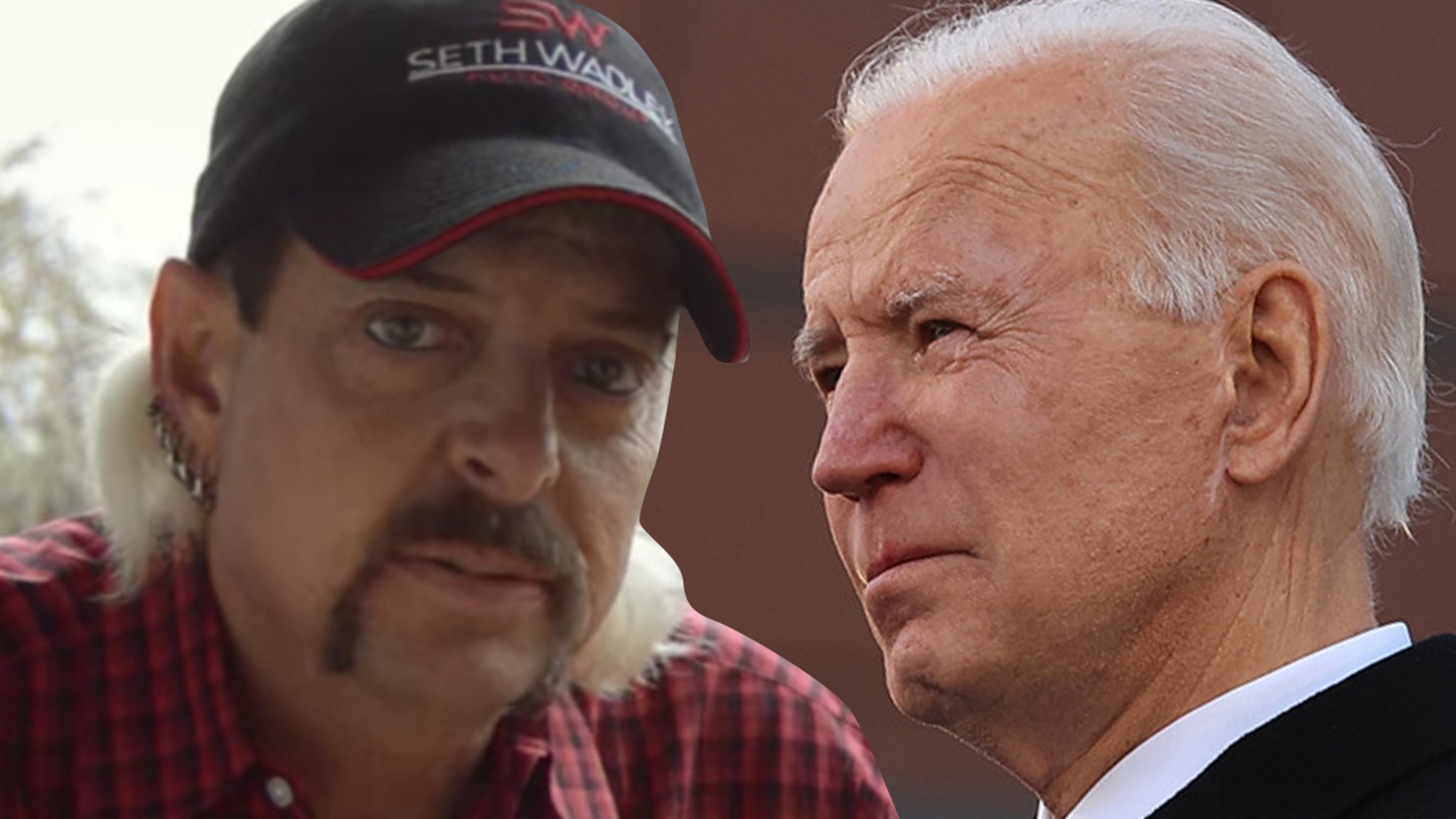 After feeling spurned by Donald Trump, Joe Exotic‘s officially moving on to the next POTUS … and keeping the faith that President Biden will grant his freedom.

TMZ’s obtained emails Joe’s sent out to his team from prison, in which he expresses hopefulness that the new administration will come through with a pardon … after failing to make Trump’s last-minute list.

Exotic says he has more confidence in Biden regarding criminal justice and prison reform, and claims he watched a TV special on VP Kamala Harris … leading him to believe she can “help clean up the corruption in the DOJ and other agencies.”

As for his feelings about Trump … Exotic says he always looked up to him for being a straight-shooter and never backing down, but that all changed after January 6.

Exotic feels disdain for Trump, he says partly because 45 ended up just hiding out in the White House after the riot … never saying a word about the people who died.

Long story short … it seems Joe is all pro-Joe now, and even claims in his emails to have new evidence in his case that he hopes the Biden administration will consider.

As we reported … Exotic claims he was “too gay” to ever receive a pardon from Trump in the first place. Biden, on the other hand, issued a sweeping executive order on his first day in office to protect LGBTQ+ people from being discriminated against.