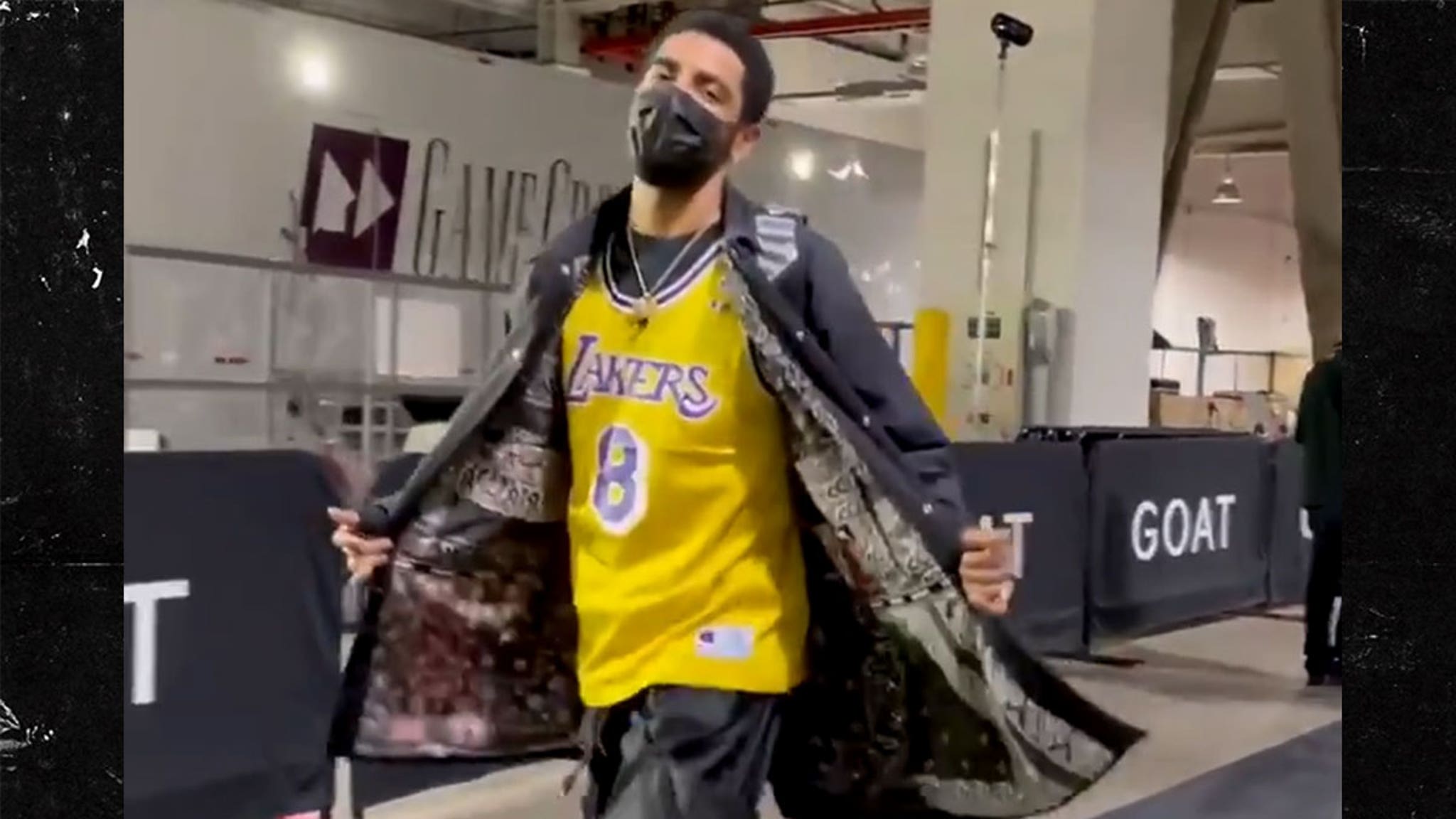 Kyrie Irving is honoring the late Kobe Bryant before taking the court Monday night … wearing the Lakers legend’s iconic #8 jersey ahead of the 1-year anniversary of his death.

KAI and the Black Mamba built a strong relationship over the years … with the 5-time champ serving as a mentor for the young superstar.

With Tuesday marking one year since the Bryant’s tragic death, the Brooklyn Nets guard wanted to make sure he did something Kobe-related with his wardrobe choice.

“You know who I was rockin’ tonight,” Irving said as he entered Barclays Center to face off against the Miami Heat … showing off the Purple & Gold threads.

The players may decide to pay homage to Kobe, but teams and the NBA reportedly will not officially address the anniversary per the family’s request, according to reporter Jason Dumas.

Lakers star Anthony Davis spoke about how emotional the next few days will be … saying, “As we approach his 1-year anniversary, it saddens our hearts to actually come to the realization that he’s gone.”

“I know I still have trouble with it, you still just can’t believe it.”

LeBron James added … “There’s a lot of things that die in this world, but legends never die.” James said “And he’s exactly that.”