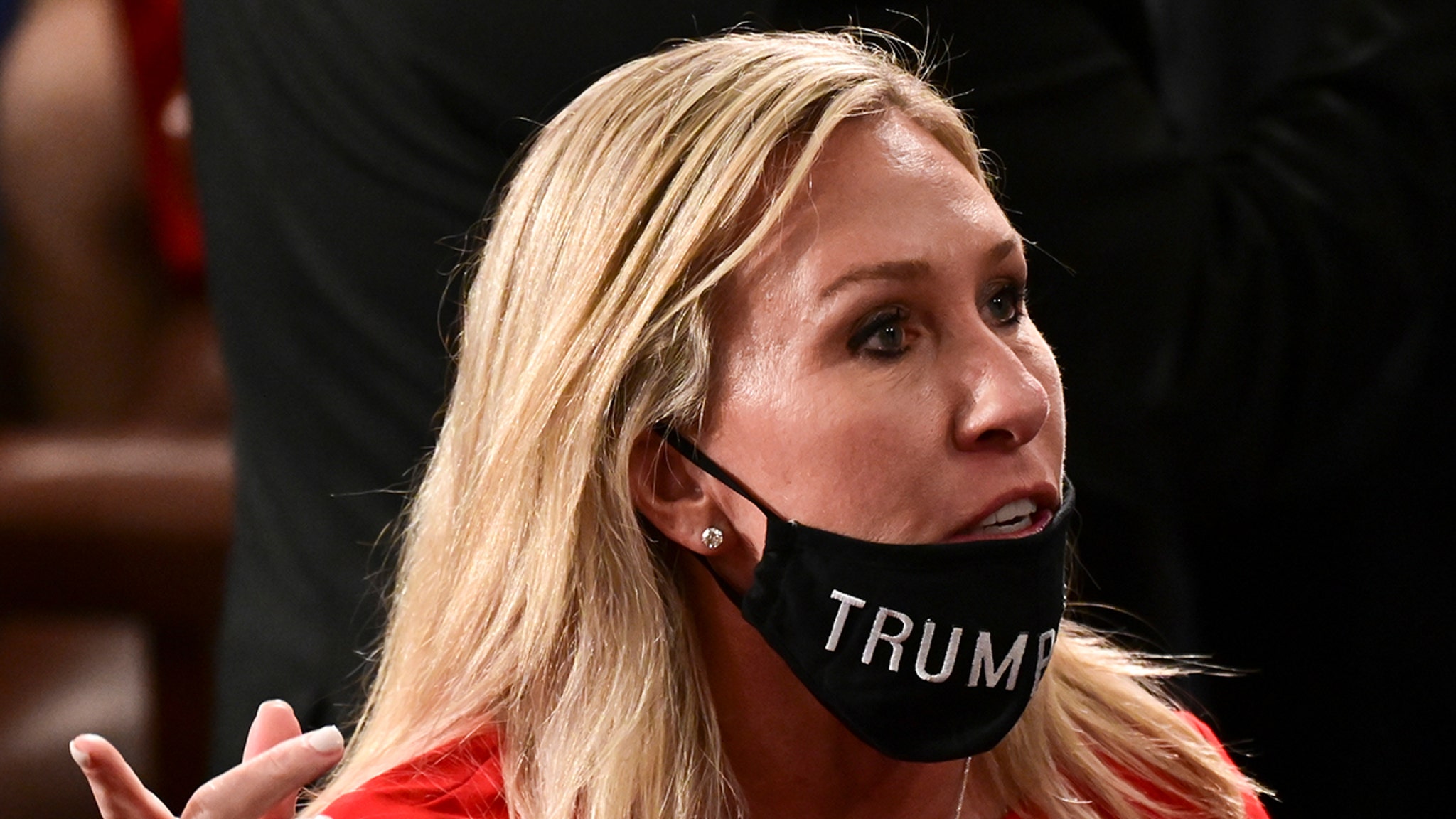 Rep. Marjorie Taylor Greene is under fire for old Facebook activity that suggests she was onboard with the killing of Democrat lawmakers … but she’s brushing most of it off as “fake news.”

The newly-elected Congresswoman from Georgia has a ton of posts, likes and replies/comments that were still active of late, and dug up by several outlets, including CNN, which say she either co-signed or outright called for the execution of folks like Nancy Pelosi, Barack Obama and Hillary Clinton … just to name a few.

One such post from 2019, before she ran for office and was elected, reportedly shows she liked a comment that read, “a bullet in the head would be quicker” in response to someone speculating how to remove the House Speaker. Screenshots seem to prove … it’s legit.

There are other posts Rep. Greene reportedly liked about FBI agents getting killed … because they were apparently part of the “deep state” working against Trump. 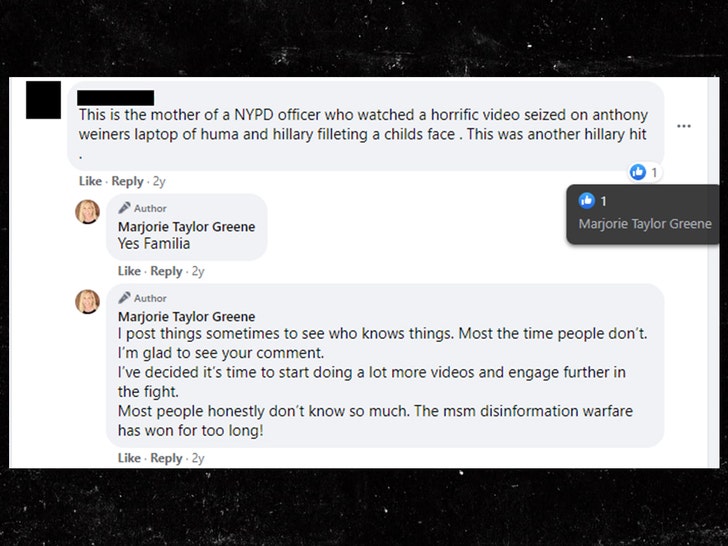 Her sights were also set on Hillary, it would seem — she reportedly mentioned her in a couple different posts over the years. In one such case, she agreed with someone on a conspiracy theory about a “hit” Hillary supposedly ordered on a woman who’d seen heinous child-killing content on Anthony Weiner‘s laptop, and in another … looping in Obama too.

Somebody reportedly once asked if “H & O” — apparently referring to Hillary and Obama — ought to be “hanged” … to which Greene reportedly replied, “Stage is being set.”

In light of all these old posts coming to light, Rep. Greene is commenting, but in a very defiant, Trump-like way.

Fake News CNN is writing yet another hit piece on me focused on my time before running for political office.

I will never back down to the enemy of the American people and neither should you. pic.twitter.com/K3JuvqrDGS

She writes, “Fake News CNN is writing yet another hit piece on me focused on my time before running for political office. I will never back down to the enemy of the American people and neither should you.” Greene goes on to say different people have managed her accounts for her at different points — and while acknowledging some posts were legit, not everything she engaged online represents her views.

House Republican Leader Kevin McCarthy called the reports about Greene “disturbing,” and said he plans to speak to her about it.