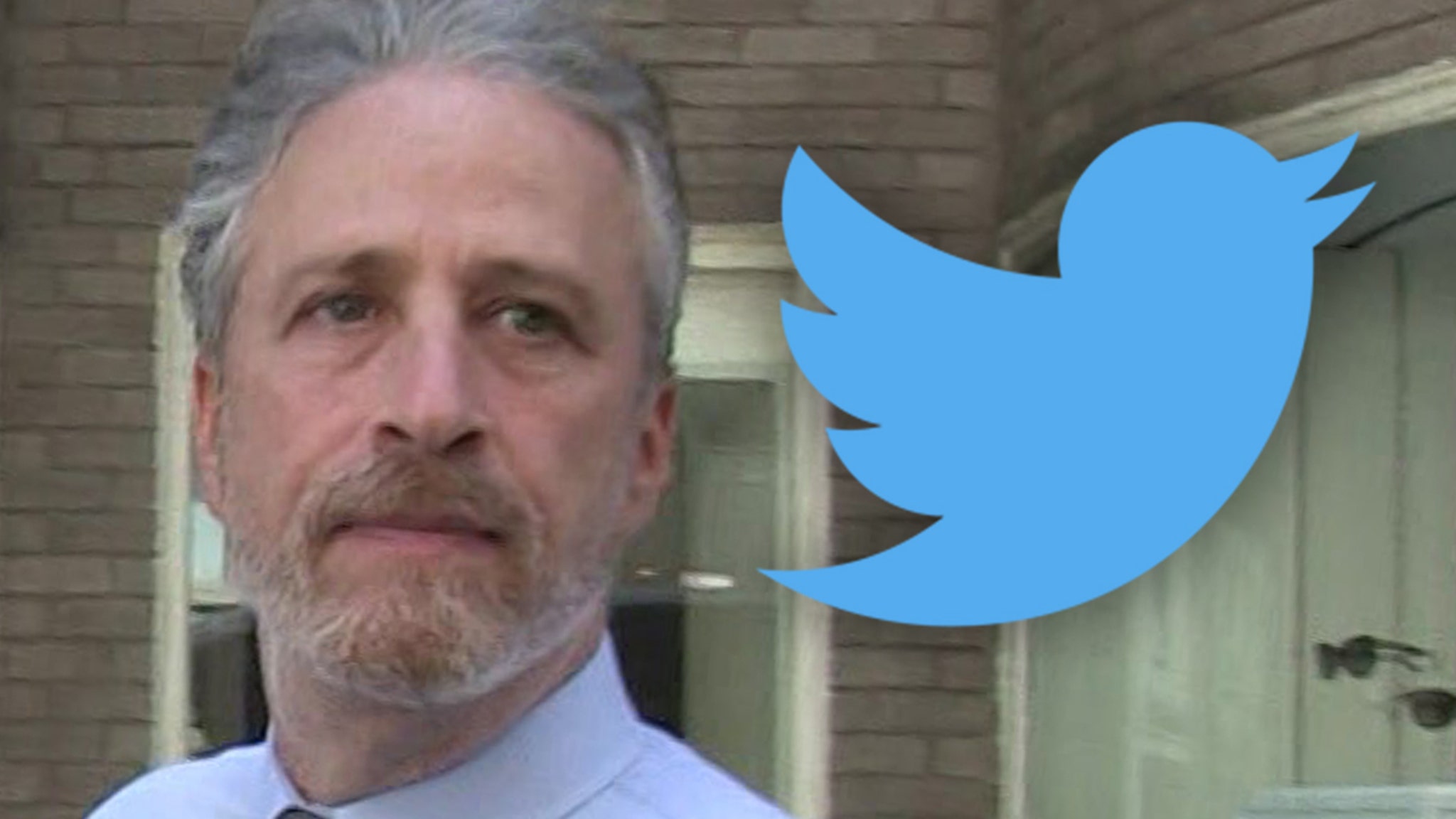 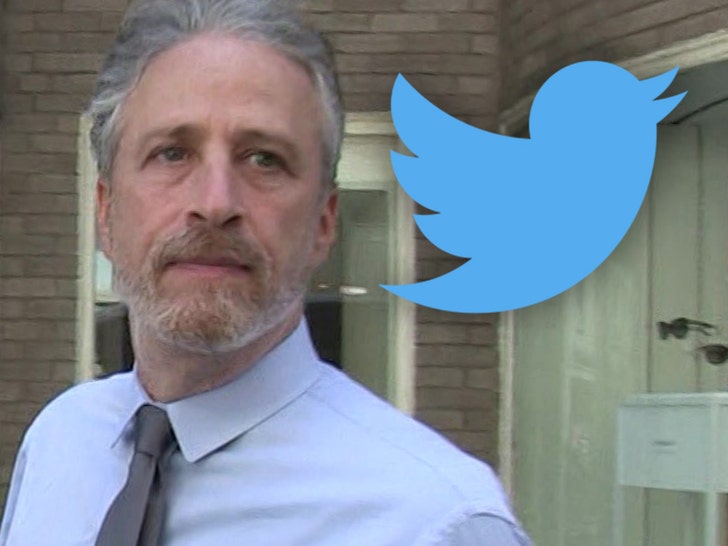 Jon Stewart‘s so pissed about the Robinhood controversy, he’s doing something he’s never done before … all to stand up for the little guy against Wall Street big wigs.

The comedian and host fired off his very first tweet Thursday night to say “This is bulls**t” that Robinhood blocked the Reddit investor group in the GameStop-Wall Street beef.

Stewart joined Twitter — @jon_actual — specifically to share his take on the hottest story in the country … saying the subReddit WallStreetBets isn’t cheating at all. As Jon put it, “They’re joining a party Wall Street insiders have been enjoying for years.” 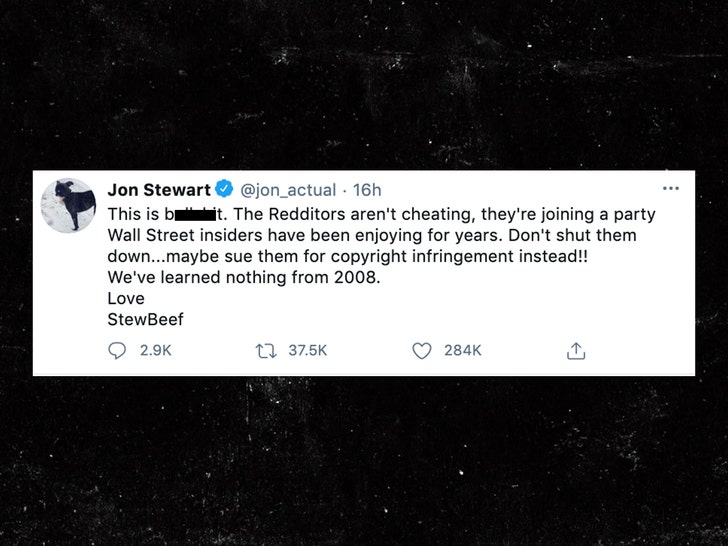 As you’ve heard, the trading app Robinhood blocked investors Thursday from buying stocks in failing companies like GameStop, AMC, Nokia and BlackBerry … after investments from WallStreetBets helped them surge astronomically.

Robinhood was immediately blasted for the move, which was seen as protecting Wall Street’s established hedge fund managers and screwing everyday folks. Friday morning, it reopened “limited buys” and of course … GameStop stock is surging again.

Jon made it clear the Redditors are simply beating Wall Street at its own game. He said, “Don’t shut them down … maybe sue them for copyright infringement instead!!!”

You can tell fans have missed the ex “Daily Show” host — he’s already got over 700k followers — and he promised, “to only use this app in a sporadic and ineffective manner.”

Jon’s no stranger to fighting the good fight … from testifying on Capitol Hill on behalf of 9/11 victims to ripping Congress over the mistreatment of veterans.