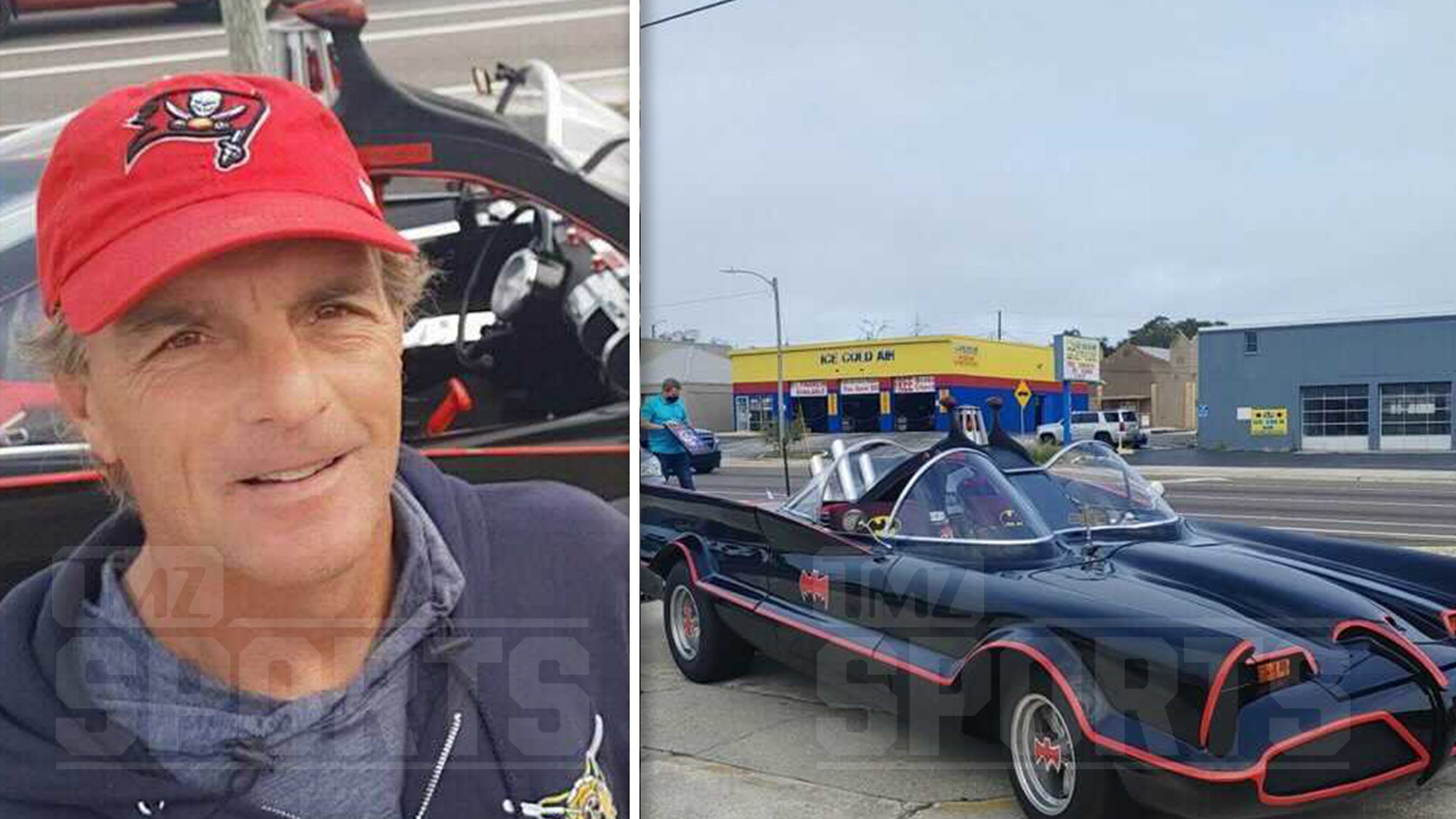 Did you know … ex-football star Doug Flutie has his very own BATMOBILE!?!

It’s true — and the guy was cruisin’ it out in Tampa Bay this morning, where he DEFINITELY got noticed by a bunch of people in town for the Super Bowl.

The whip is incredible … a replica of the classic Batmobile from the 1960s TV show — designed by legendary car guy George Barris.

Back in the day, Barris created the car from a modified 1955 Ford Lincoln Futura — and when Adam West got behind the driver’s seat, it instantly;y became one of the most famous rides in the world.

Seems 58-year-old Flutie is a big fan of the Caped Crusader — he’s had the car since 2019 … and keeps it in a special “Batcave” at his Florida home where he also has a Batman arcade game and Batman pinball machine!!

The car also features a special red Batphone next to the driver’s seat — along with special racing seatbelts in the driver and passenger seats!

By the way, we’re told Flutie was super nice when spotted at a gas station on Saturday morning — taking pics with fans and chatting about the big game.

Notice he’s wearing a Tampa Bay Bucs hat …. no surprise he’s supporting his old pal Tom Brady considering they played together on the Patriots back in 2005.