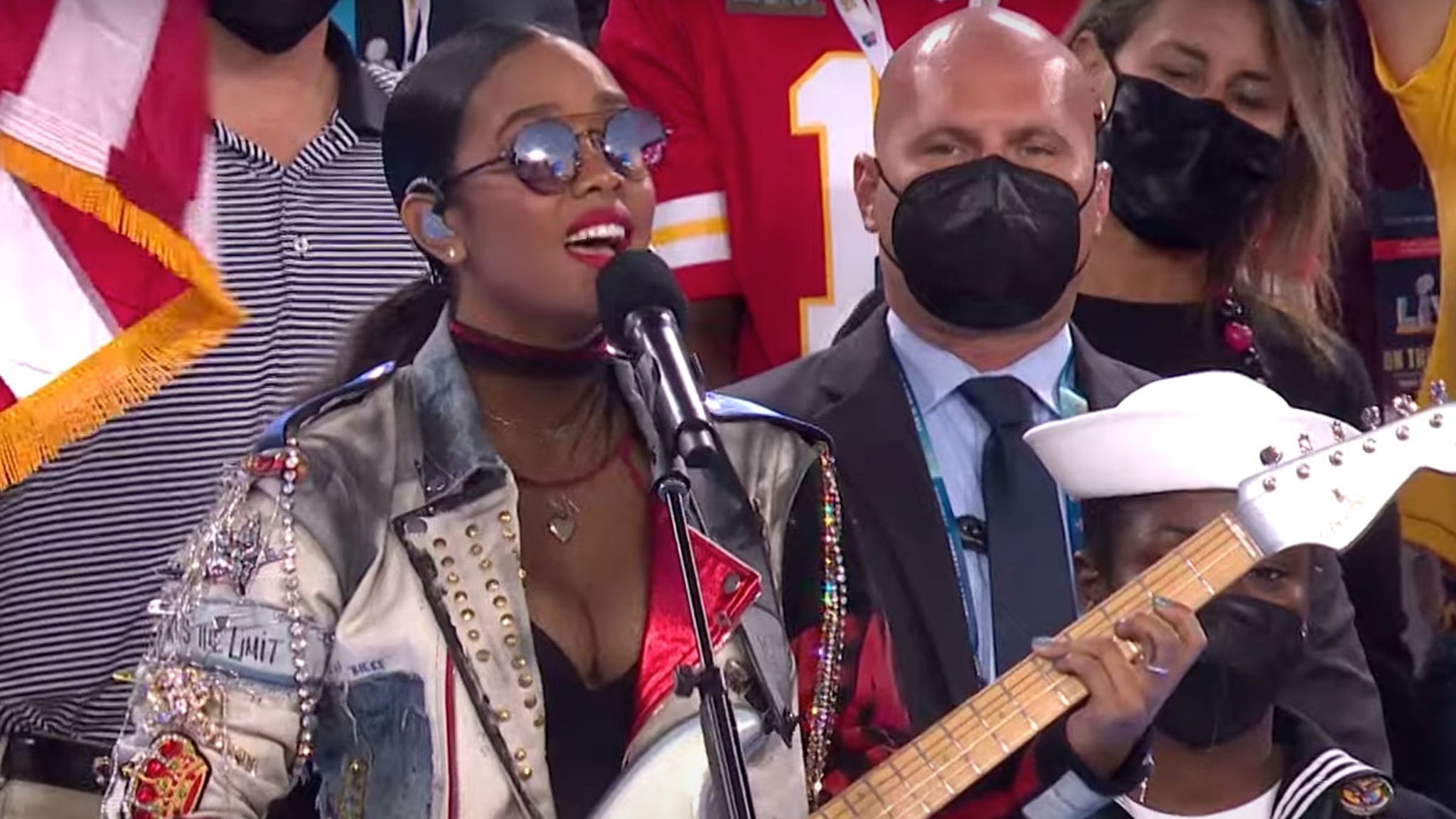 A pair of awesome performances opened Super Bowl LV, with their own unique spins on some of America’s most treasured anthems … including one from H.E.R. that truly stood out.

The R&B crooner was tapped Sunday to sing ‘America the Beautiful,’ which she handled seamlessly from an elevated platform near the stands. She had an electric guitar on her too, and put it to good use during the performance … while giving the song new life.

H.E.R. completely slowed down the tempo of what is normally a pretty high energy song, and sang it in a completely different style than how it’s normally delivered. You could call it soulful, but it also had some major rock vibes too — ’cause H.E.R. shreddddded on that instrument.

Next up was Jazmine Sullivan and Eric Church, who teamed up for a duet version of the National Anthem … which was also sung in a slightly different fashion than usual — namely, slowed-down and sorta sultry.

Church also strummed the guitar for this performance, while weaving in his vocals with Sullivan’s … who kinda took the lead with her powerful voice. They killed it — and the crowd loved every minute of it … with most players standing, wearing masks with a hand over their heart.

The fact both performances went off without a hitch seems to bode well for the game … hard to feel anything but fired up after experiencing something like that in person!