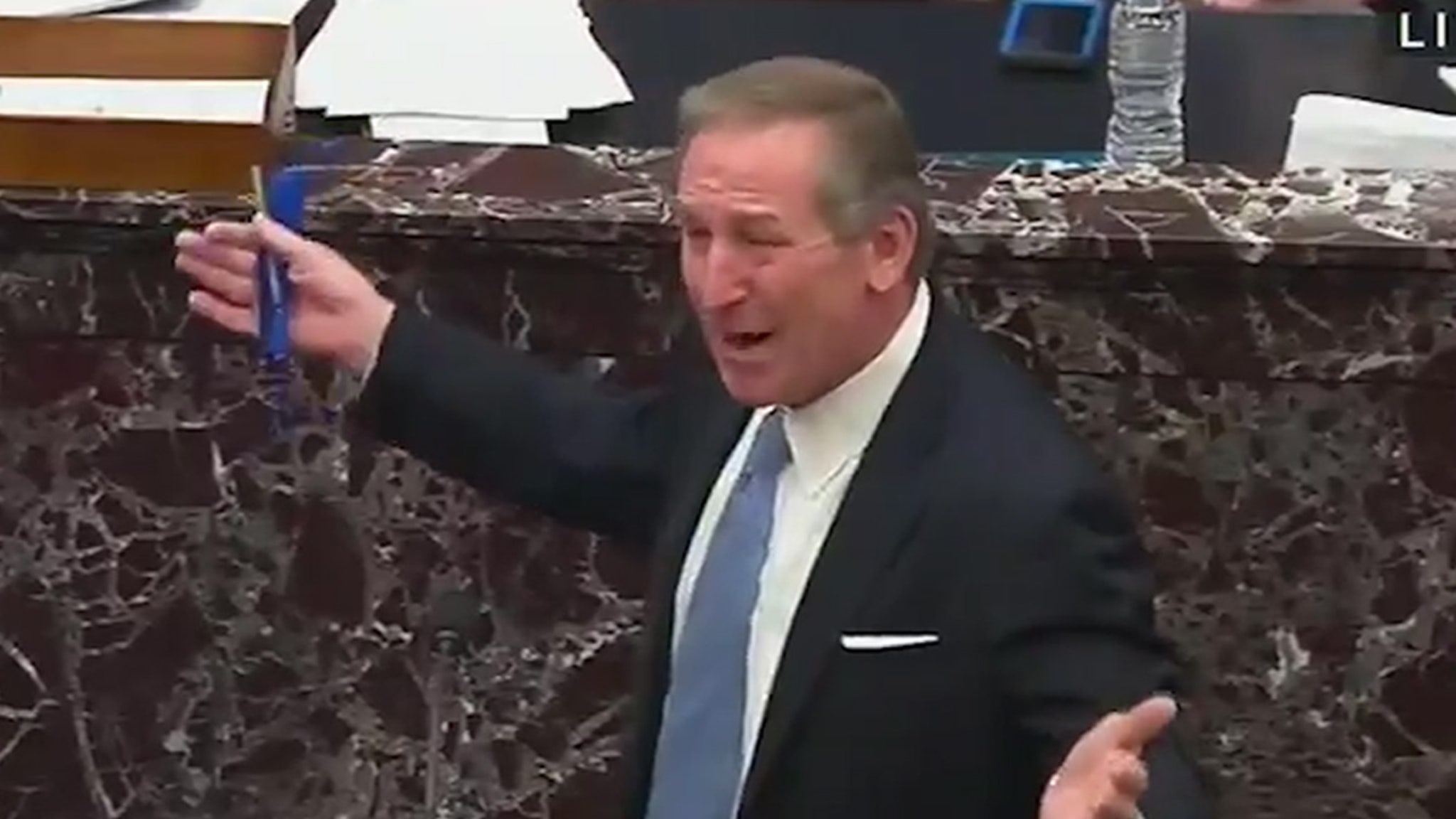 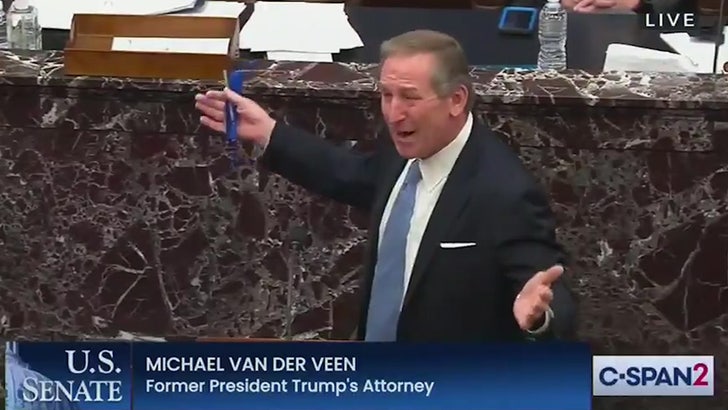 Senators erupted in laughter Saturday morning when Donald Trump‘s lawyer demanded that House Speaker Nancy Pelosi and Vice President Kamala Harris sit for a deposition, and not on Zoom … in person — in PHILEEEEEEEDELPHIA!

Attorney Michael van der Veen got all theatrical when he pushed his demands on the Senate floor. He struggled with Kamala Harris’ first name and then just gave up. But, the big moment came when van der Veen mispronounced the home of the Liberty Bell.

The Senate just voted to allow witnesses to testify … this as word of a damning phone call surfaced between Donald Trump and Rep. Kevin McCarthy. McCarthy reportedly called Trump during the insurrection, pleading with him to call off the rioters. Trump’s response — “Well, Kevin, I guess these people are more upset about the election than you are.” McCarthy, enraged, responded, “Who the f*** do you think you are talking to?!!?”

Rep. Beutler was briefed on the call at the time and the Dems want to call her as a witness. It shows Trump was well aware his people were rioting and he consciously made a decision not to immediately call them off. Nevertheless, it’s virtually certain there aren’t enough Republicans on board for a conviction.