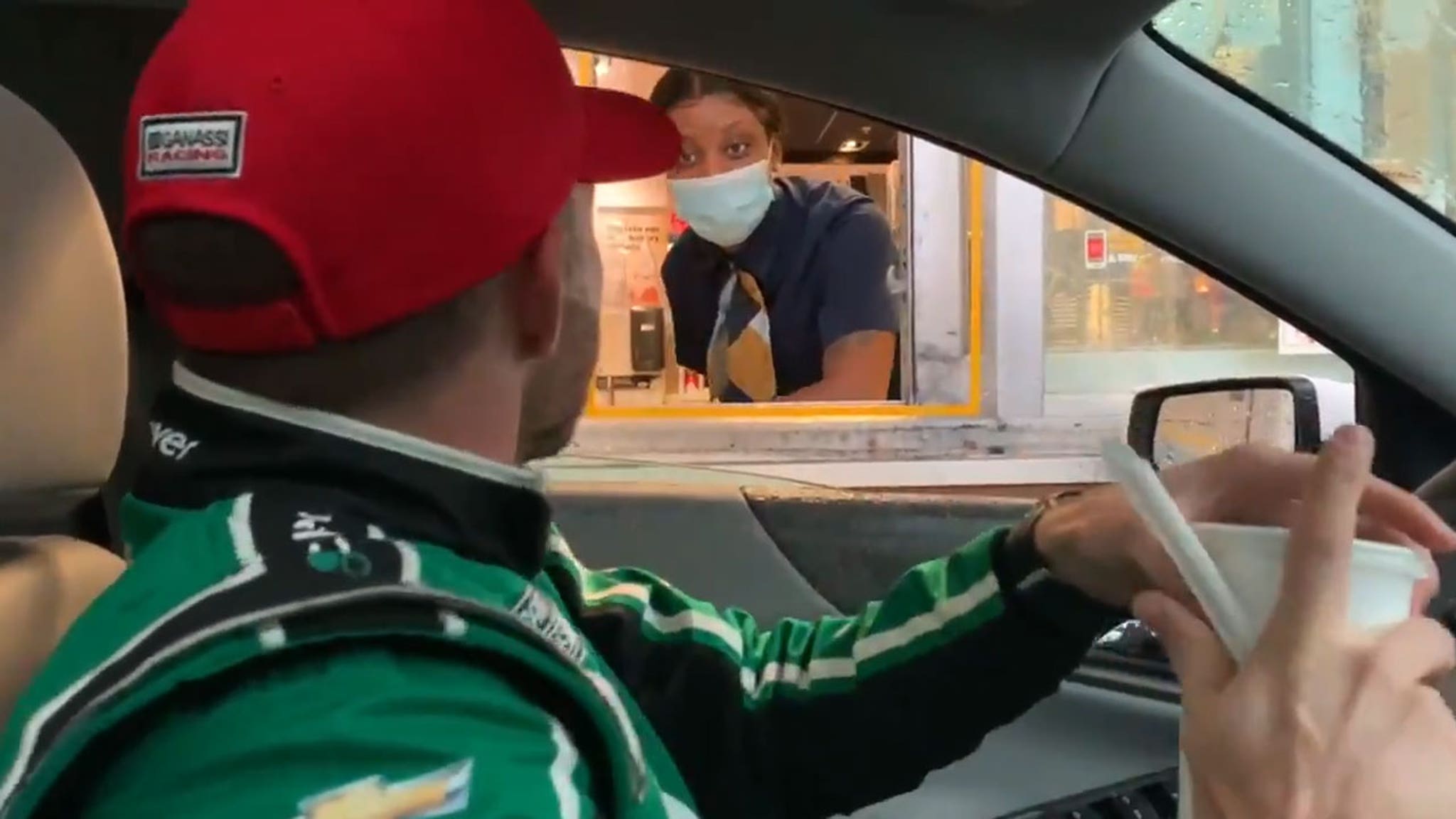 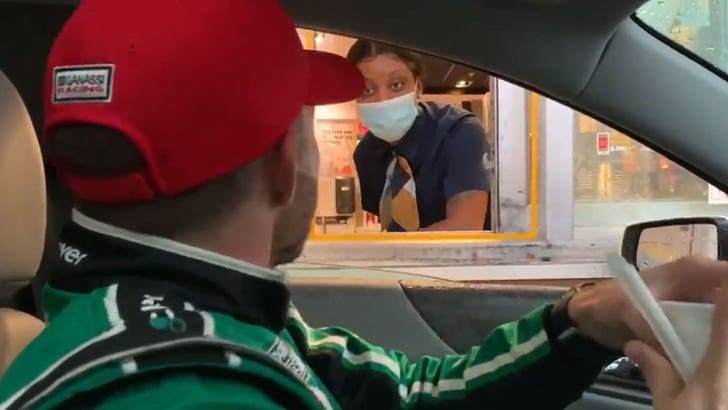 Talk about fast food … how about a NASCAR driver leaving the Daytona 500 in the middle of a race to go on a McDonald’s run!?!

That’s exactly what Ross Chastain did on Sunday when a rainstorm delayed The Great American Race for more than 5 hours … right after the 15th lap!

It was clear the weather wasn’t going to let up any time soon, so Chastain hopped out of his racing car — and into his personal car — so he could speed over to a nearby Mickey D’s to grab some food for himself and his crew. 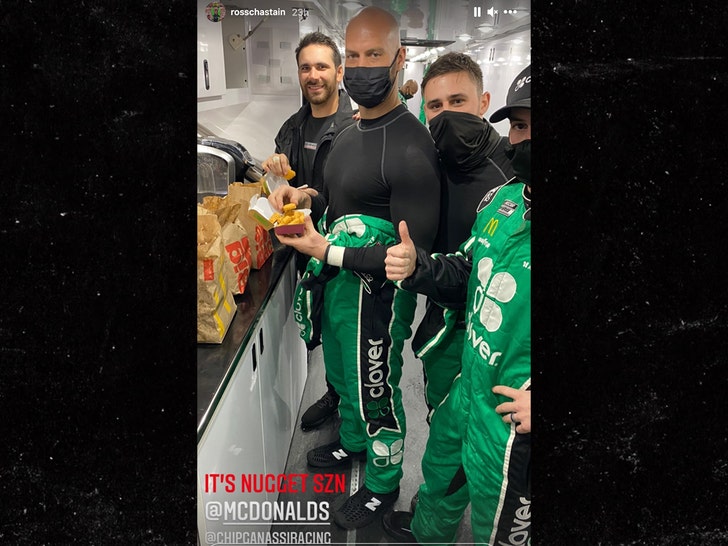 Oh, he was still wearing his green racing suit when he pulled up to the drive-thru … and the woman working the window couldn’t believe it!

“AAAAAHHHH you just came from the racetrack?!” the woman asked.

The staffer couldn’t believe her eyes … saying, “This is my first time meeting a race car driver!” She even called over her co-workers to take a look!

RC explained he drives the #42 McDonald’s car … so it was only right he hooked up his crew with a massive order — 6 of “everything” for his team and a hot fudge sundae for himself!!

When the race finally resumed, Ross finished in 7th place.