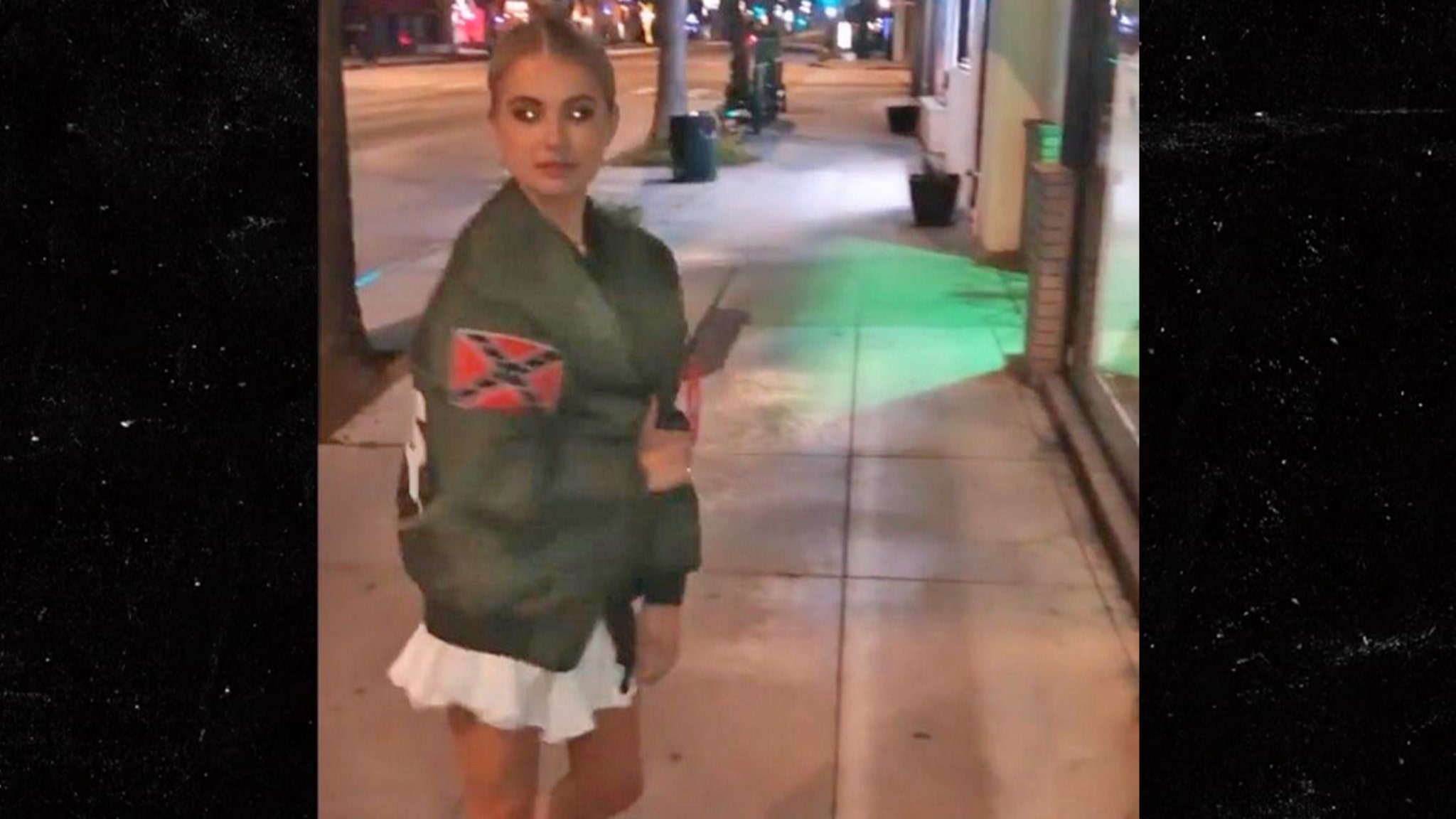 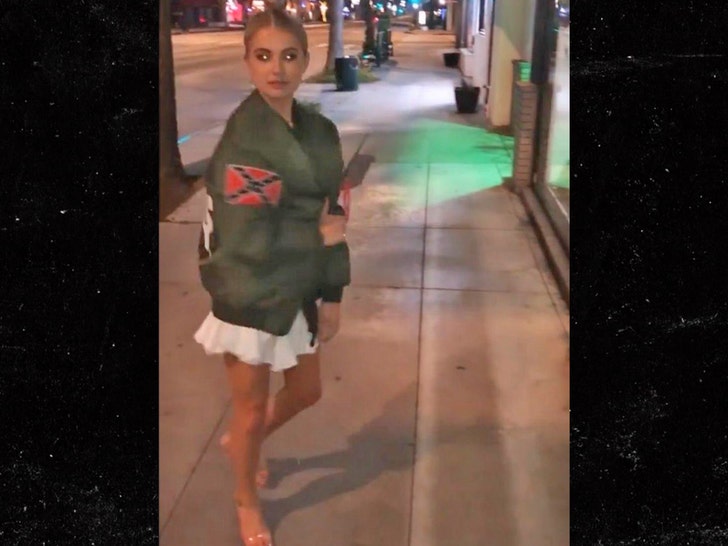 Demi Burnett — a ‘Bachelor’ alum who appeared on Colton Underwood‘s season — is saying she’s sorry for wearing a controversial Yeezy jacket … with a symbol of hate plastered on it.

Demi posted an apology video Tuesday night, in which she claims she just thought she was wearing a cool jacket made by Kanye West … and didn’t even think about the Confederate flag emblazoned on the arm. 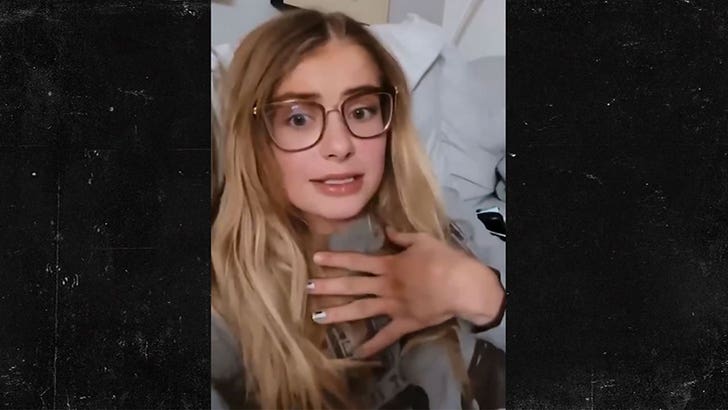 She says … “I just wore it for that one night, it was a Yeezy jacket, I thought it was so cool, I was like, ‘yeah, Yeezy!’ And, I didn’t even like, pay attention to that. That’s ignorance.”

She claims the jacket was a gift from the father of her ex — musician Slater Davis — and he shared the pic on his Instagram story … so it seems it was taken last year before they split.

Demi’s jacket scandal comes amid a much larger race-related controversy in ‘Bachelor’ nation … as host Chris Harrison‘s stepped away from the show for allegedly excusing historical racism — and specifically for defending the past of current ‘Bachelor’ contestant, Rachael Kirkconnell. 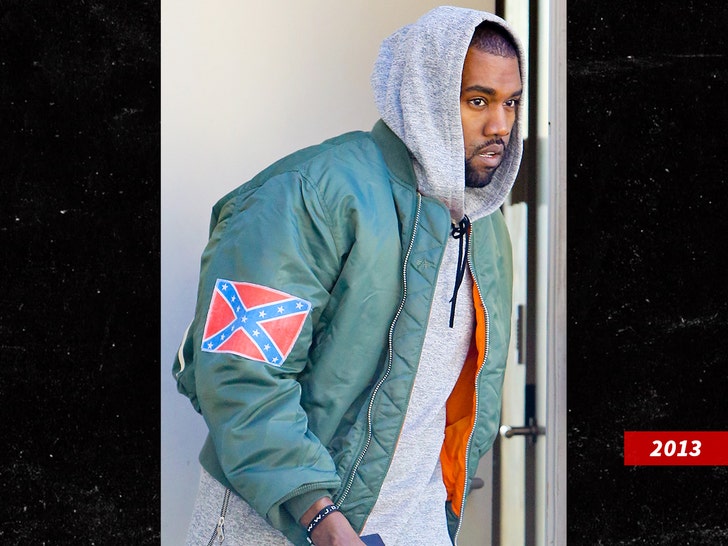 As for the Yeezy jacket … Kanye defended the design back in 2013 by claiming he was taking back the Confederate flag and making it his own.