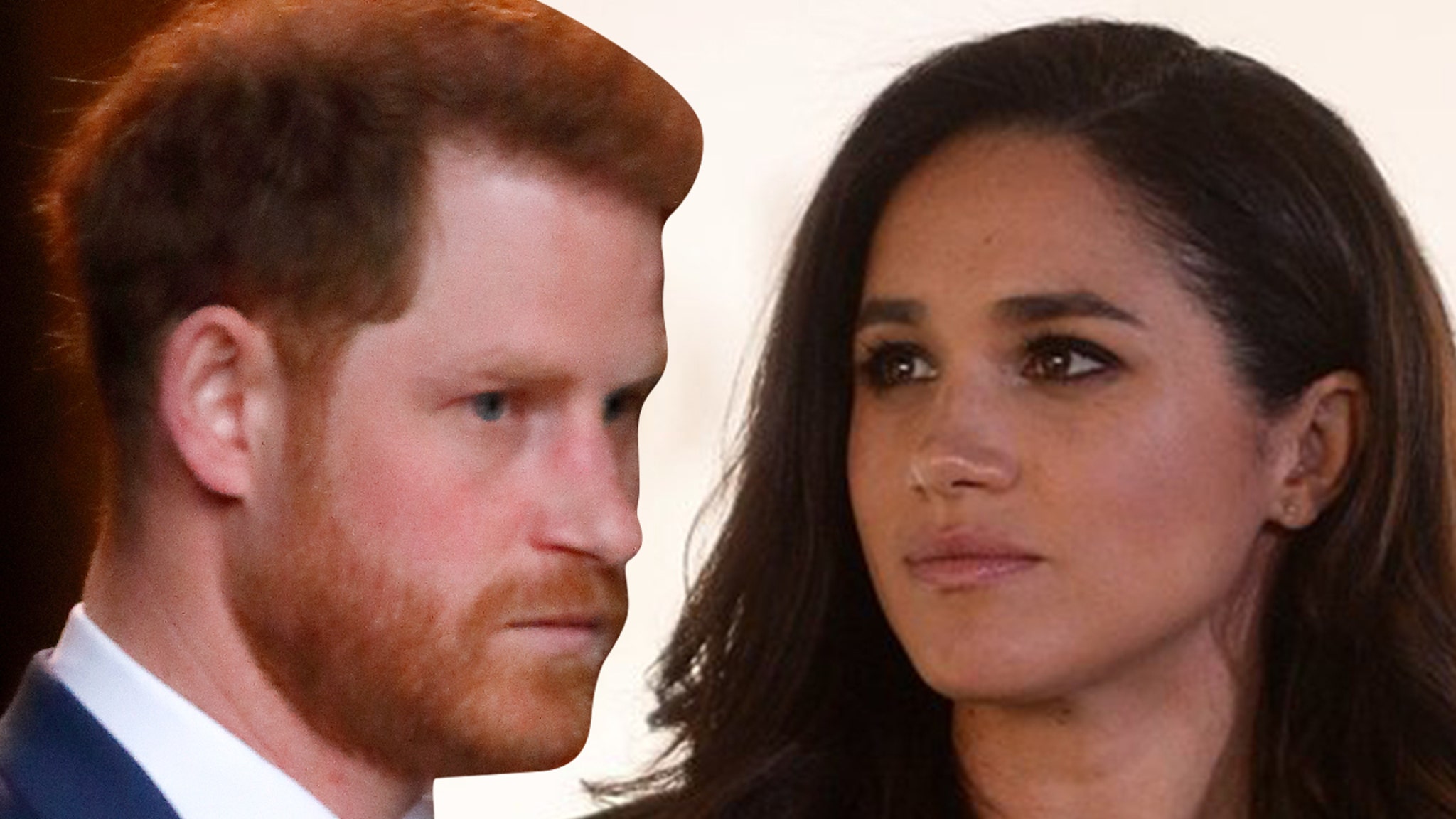 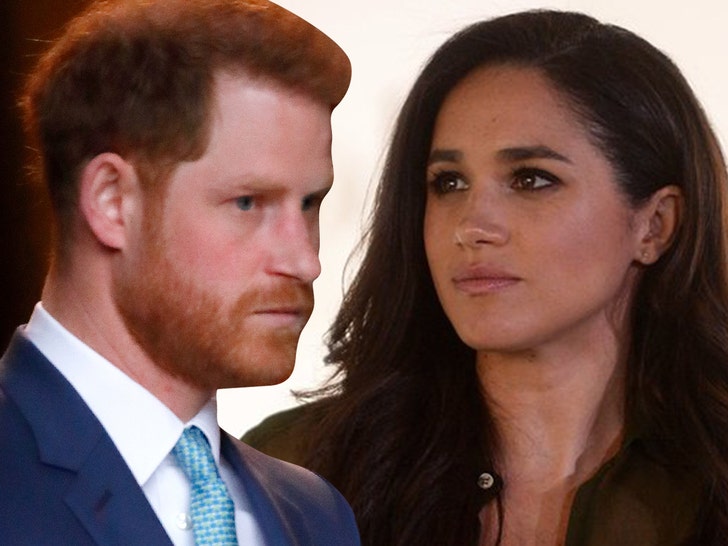 Prince Harry & Meghan Markle are not having a change of heart about stepping down as senior royals — the Palace says they’re donezo for good.

According to Buckingham Palace … “The Duke and Duchess of Sussex have confirmed to Her Majesty The Queen that they will not be returning as working members of The Royal Family.” 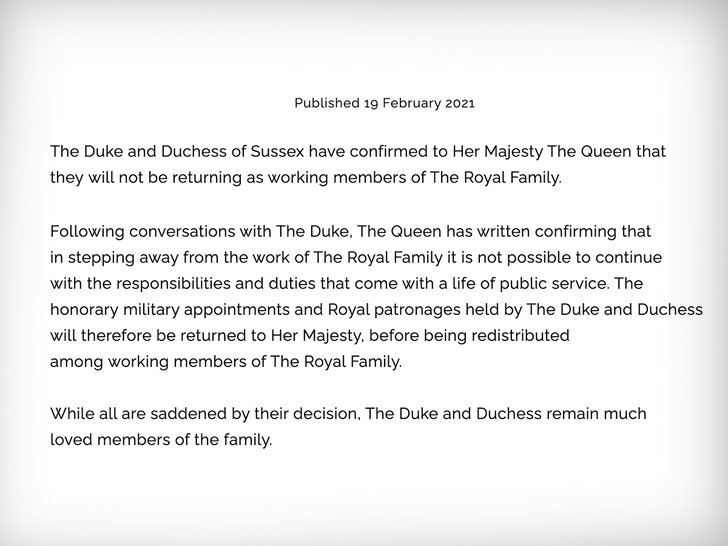 Queen Elizabeth‘s rep added that in stepping away from their Royal work, it’s not possible for Harry and Meghan “to continue with the responsibilities and duties that come with a life of public service.”

The statement makes it seem like this was a trial separation, but now they will be stripped of their “honorary military appointments and Royal patronages” … which now go back to the Queen for redistribution to other working royals later. Ouch.

It all sounds pretty harsh and contentious, especially since Buckingham Palace ends by saying … “While all are saddened by their decision, The Duke and Duchess remain much loved members of the family.”

Basically, the British version of “bless their hearts.”

The Palace announcement makes it sound like this final parting of ways was all on Harry and Meghan, though they put out their own statement saying they remain committed to their duty and serving the UK “regardless of official role.”

As you know … they’ve been doing pretty good for themselves since coming to America last year, and they’re expecting their second child.