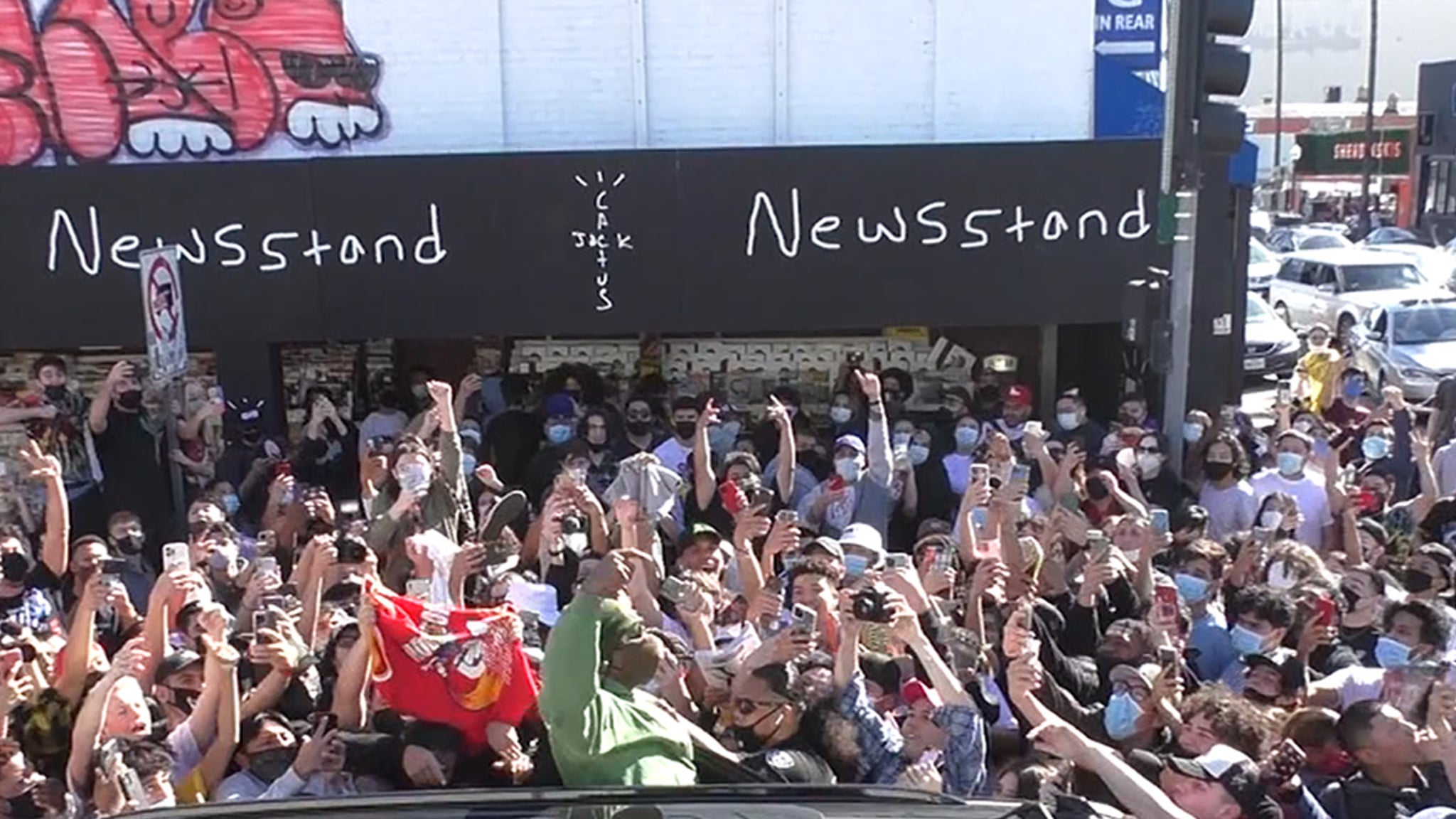 Travis Scott‘s flash mob-type event on the streets of West Hollywood might cost him — because city officials are taking a closer look to see if he broke pandemic regulations.

L.A.’s Dept. of Public Works tells TMZ … the city did not issue a permit for Travis’ pop-up gathering Tuesday in WeHo, as we’re told the city’s been frowning on dishing ’em out lately due to COVID-19 — especially for non-essential gatherings like this.

In light of that, we’re told Public Works plans to consult with the City Attorney’s office on any possible actions they might wanna take — including potential fines. Public Works did note to us that even though they do issue citations for permitting violations … it wasn’t certain that would be done in this case.

As we reported … Travis assembled dozens of bodies at a newsstand, which he emblazoned with his Cactus Jack signage — all as a way to announce the 1st issue of his “Utopia Issue” of i-D Magazine. Limited editions were being distributed to the masses.

You’ll recall … Travis got dinged for something very similar not too long ago in the SoCal city of Downey, which only ended up costing a couple hundred bucks — and McDonald’s covered the tab for him.

That’s not to say L.A. will do the same — the City Council has been gunning to crack down on blatant COVID rule-breaking. Members recently voted to have cops step up enforcement, and for the City Attorney to potentially institute stiffer penalties for those who flout safety measures.