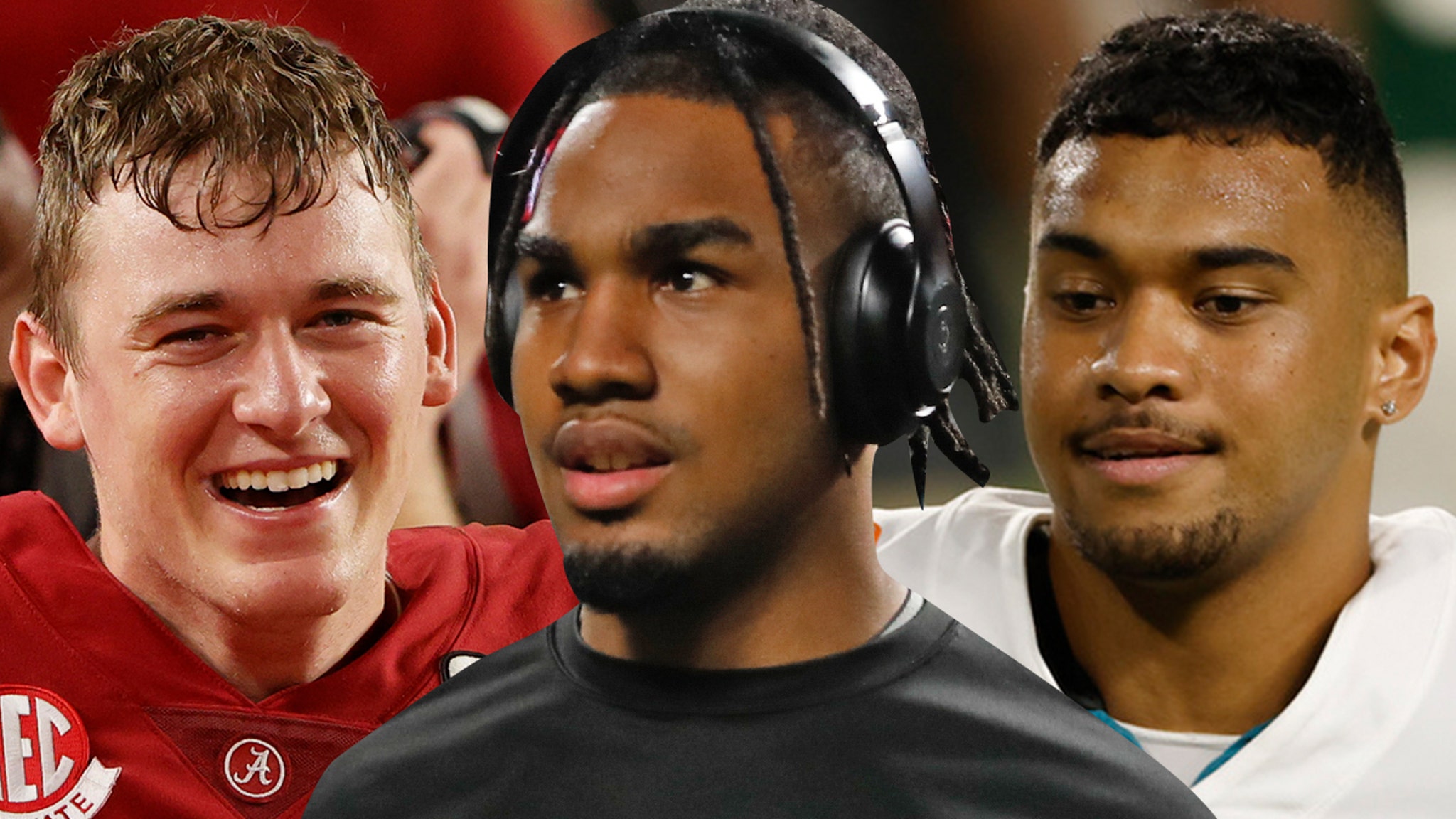 Waddle played with both signal-callers for years when the guys were all Tide teammates … but Jaylen didn’t mince words when talking about the Mac vs. Tua debate.

“Both of them great quarterbacks,” Waddle said, “but I love Mac.”

Now, Waddle does have SOME bias … Waddle says he feels a bond with Jones ’cause the two had to go together from third string in 2018 to 1st-round draft prospects this year.

Look, the guys clearly love the now-Miami Dolphins star — remember, DeVonta caught the game-winning TD from Tua in their national championship win over Georgia in 2018 — but the comments certainly speak volumes about Mac’s potential.

Jets, Falcons, Eagles and everyone else in the draft’s top 10 … you listenin’???