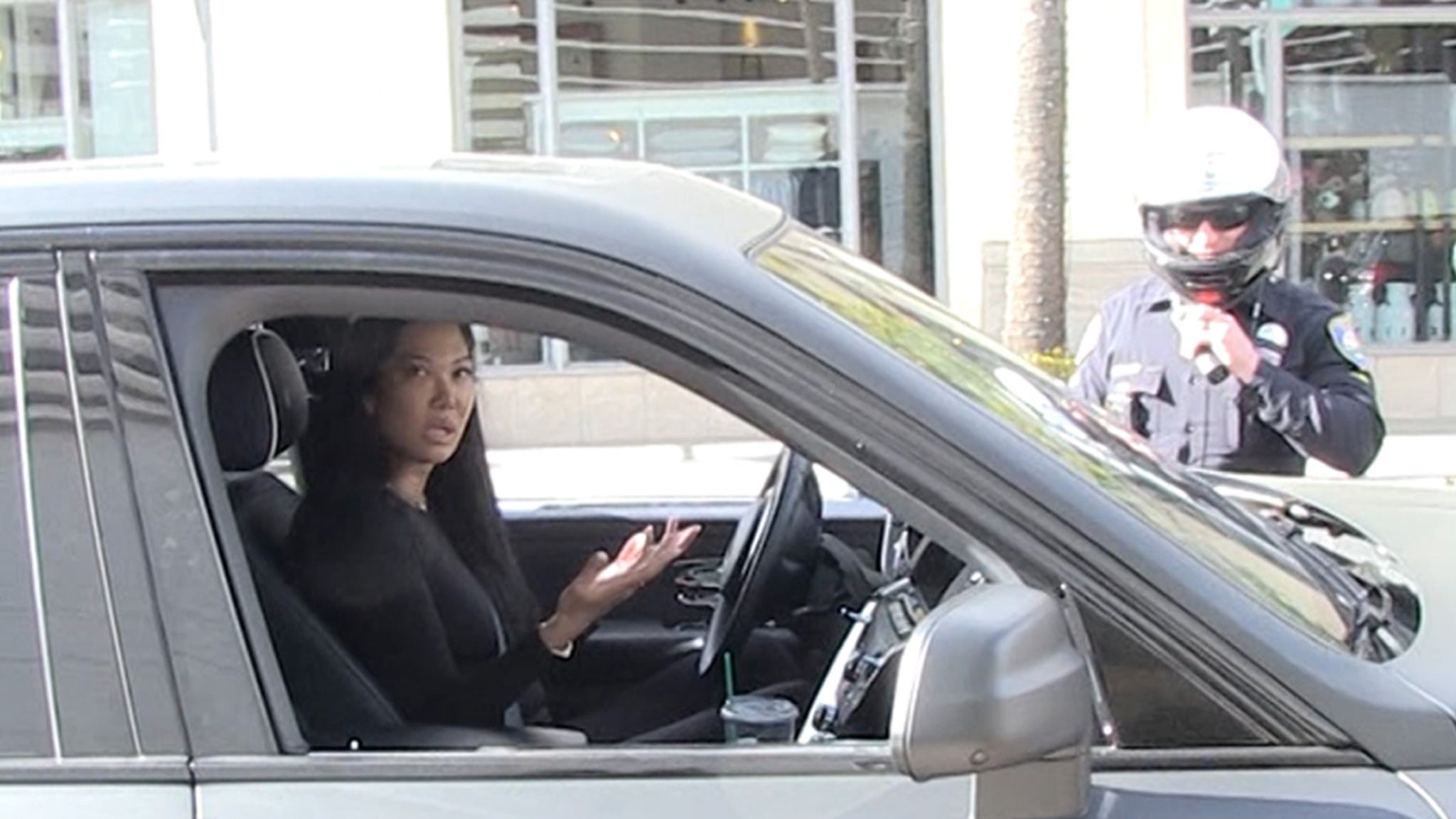 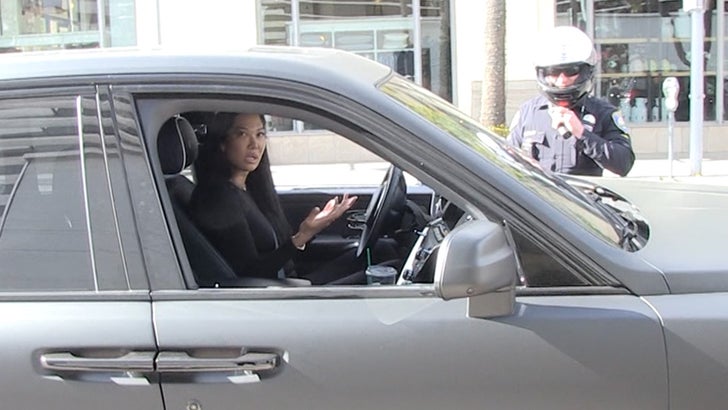 Kimora Lee Simmons is pissed about getting pulled over and ticketed in Bev Hills — but thanks to a slightly impatient fan, she still managed to bat .500 on the day.

We got Kimora Wednesday afternoon as a BHPD officer was writing her up. She told us the cop wasn’t being nice — though we saw no evidence of that — and made it clear she was upset about getting dinged for no plates on her Rolls Royce.

Watch the clip … she had an excuse, one the cop clearly wasn’t buying. She even tried playing the sympathy card — mentioning she’s recovering from a broken leg — but no dice.

However, in a true Hollywood moment, a fan happened to walk by and refused to let the selfie opportunity go. We’ll say this … Kimora handled it like a pro.

In the end, she was still annoyed, but admitted getting the ticket was better than … well, watch.

Kimora made a police brutality joke — maybe in poor taste — but she was blowing off steam. We’ve all been there right after getting a ticket.