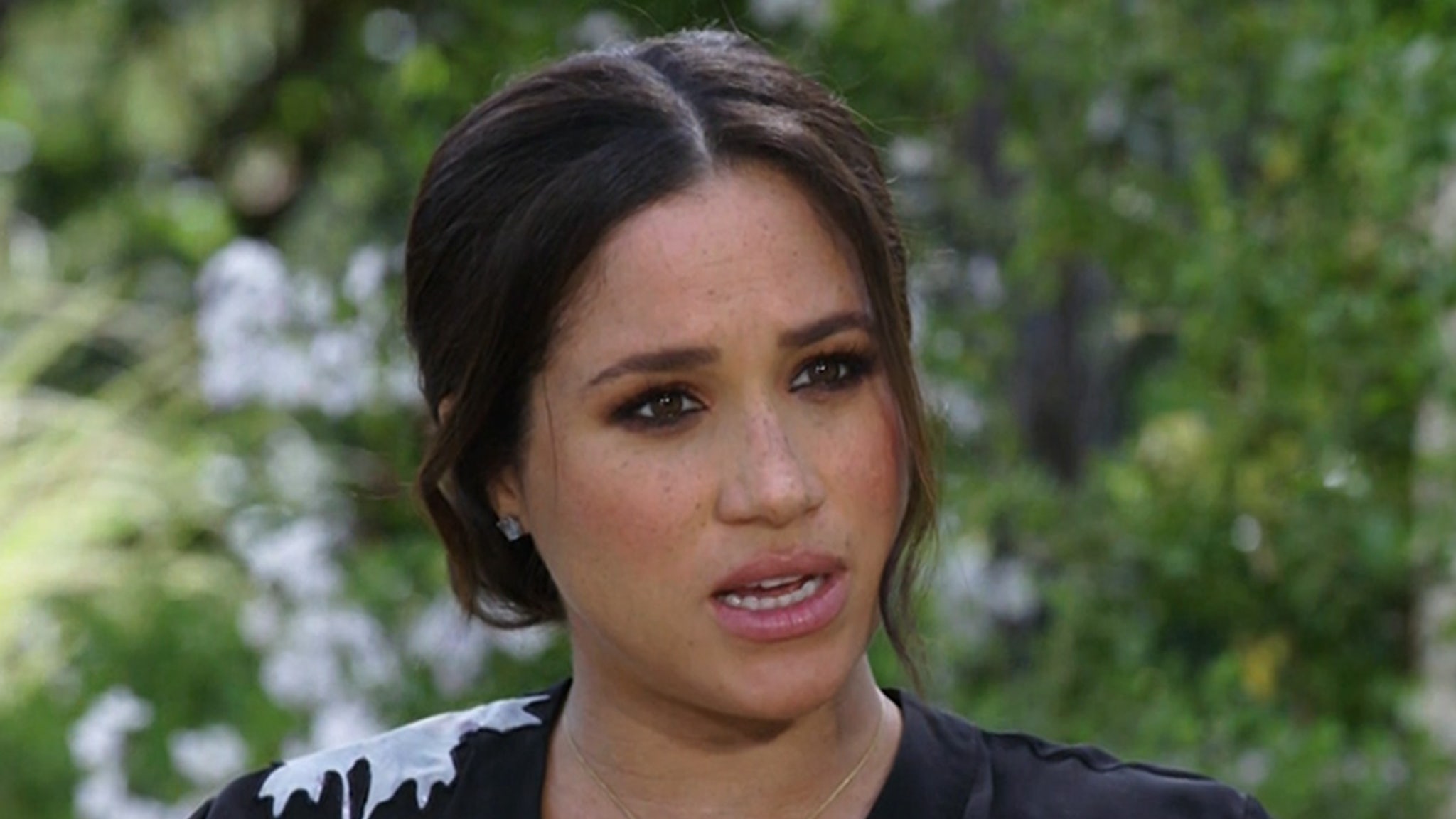 Meghan Markle accused members of the Royal Family of shocking racism … with Oprah‘s interview delivering the goods — a stunning attack on the Royals.

Perhaps the biggest moment was when Meghan told Oprah that she’d been informed her and Harry‘s son, Archie, would not get the title of prince, and as a result would get no security either.

Meghan then fired the shot, saying people had conversations with her while she was still pregnant, saying Archie’s skin might be too dark for the role. Oprah was speechless and stunned, and when she asked Meghan who made such a comment … Meghan clammed up.

But, it seems almost inadvertent that a minute later … she said these were convos with the “family.”

Meghan says it got so bad that she contemplated suicide. She says she went to human resources begging to get professional help, but she claims they turned her down flat.

Meghan also threw Kate Middleton under the bus by saying stories that she made Kate cry in the lead-up to the wedding simply weren’t true. Meghan said it was the reverse — Kate made her cry, but she apologized later and Meghan forgave her.

Meghan also said she was silenced by the Firm, which manages Royal business, but given assurances she would be protected. Meghan then said they never protected her, saying … “They were willing to lie to protect other members, but not willing to tell the truth about me.”